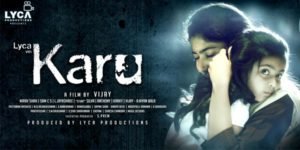 In my post here, I had covered the single bench ruling of the Madras High Court where the Court had restrained Lyca Productions from imitating or infringing J. Manimaran’s (proprietor of M/s. J.S. Screens) copyright over its original motion film titled ‘Karu’ (Tamil) with any other suffix or prefix or any other word. [Read single bench order here]

In an appeal filed by Lyca Productions against the single bench order, the division bench comprising of Chief Justice Indira Banerjee and Justice Abdul Quddhose allowed the appeal and set aside the single bench order. The court held that a commonly used word kept as the title of a movie cannot be protected under the law of copyright. It also ruled that registration of titles with private bodies such as Tamil Film Producers Council and Film and Television Producers Guild of South India would not be binding upon film producers who were not members of such associations. Read judgement here.

While referring to Section 13 and 16 of the Copyright Act, 1957, the Court observed:

“A conjoint reading of Sections 13 and 16 of the Copyright Act of 1957 makes it clear that what is protected under the Act is the work which is relatable to a cinematograph film, that is to say, the visual recording, including sound recording, produced by process analogous to cinematography. The title, which may be a commonly used word, cannot be protected under the law of copyright. Section 13 makes it clear that there is no copyright in a title, it is the entire work which is protected by copyright.”

While referring to the Supreme Court’s decision in Krishika Lulla and others v Shyam Vithalrao Devkatta and another the Court stated that a title is not an original literary work and title does not qualify for being described at work. It is incomplete in itself and refers to the work that follows. In Krishika Lulla’s case the Supreme Court was considering the title “Desi Boyz” of the film released by the appellants on a story written by Milap Zaveri. The Supreme Court observed that the words “Desi” and “Boys” were quite common in India and their combination also produced a commonly understood expression. The words were, therefore, not protectable either on the basis of copyright or trade mark, or in passing off action.

[In my earlier post, I had disagreed with the Single Bench’s decision and relied upon the Krishika Lulla and Kanungo Media case to support my argument].

While relying in the case of Biswaroop Roy Choudhary v/s Karan Johar, the Court observed:

“The judgment of the Delhi High Court in Biswaroop Roy Choudhary v. Karan Johar, reported in 2006 (33) PTC 381 (Del.), cited by Mr.PL.Narayanan, pertains to the Trade Marks Act, 1999, and thus clearly distinguishable. However, we approve the principle that Courts should be wary to injunct use of words or phrases in common parlance in respect of which a claim for exclusive use is staked by an applicant for injunction. In the aforesaid case, the Delhi High Court refused injunction to restrain use of the title “Kabhi Alvida Naa Kehna” in a passing off action, with the observation that neither of the parties had authored or conceived the catchy phrase which was on the lips of any number of persons on any given day, throughout India, by reason of popularity of a song “Kabhi Alvida Naa Kehna”. In this case, “KARU”, as observed above, is a common Tamil word which literally or scientifically means “foetus” and figuratively means “concept” and/or “theme”.

The Court further relied on the case of T.Pandiyan Arivali v. Kamal Hassan, reported in 1995

(2) LW 347, where a Division Bench of the Madras High Court Court had declined to grant injunction sought by the plaintiff claiming copyright in the title of a book “Magalir Mattum” in Tamil, which he had got registered with the Registrar of Copyright.

While criticizing the Single Judge of not following the verdict of another single judge of the same court, the Court observed that:

Penning the judgment, Court pointed out that neither the producer’s council nor the guild were registered copyright societies under Section 33 of the Copyright Act and therefore incompetent to administer any right in any work including cinematograph films.

The Division Bench also agreed with the appellant’s counsel PL. Narayanan that Lyca Productions was not a member of the guild and therefore registration of the title Karu by producer J. Manimaran of J.S. Screens in 2011 would not preclude it from naming its movie as Lyca’s Karu. “Had the appellant and plaintiff been members of the same organisation, they may have contractually been bound by the internal rules and regulations of the organisation. However, the plaintiff/respondent No.1 is not bound by the rules of the second defendant/ respondent and the appellant/first defendant is not bound by the rules of the third defendant/respondent” it added.

Stating that the single judge had granted the injunction after apparently being swayed by the fact that Lyca was a large production house unlike J.S. Screens, the Bench said: “Sympathy for a weaker party to a litigation cannot outweigh the law.”

While setting aside the single judge’s order, the division bench finally observed:

“It is true that simultaneous release of cinematographic films of the same title is likely to cause confusion in the mind of the viewers. However, in this case the release is not simultaneous. The plaintiff/respondent No.1’s film has not been completed. In the absence of any statutory or contractual right, the plaintiff/respondent No.1 cannot injunct others from using a title. In any case, the title is different preceded by “LYCAVIN KARU”. Even assuming that the cinematographic film of the plaintiff/respondent No.1 is 90% complete as claimed, the film of the appellant/first defendant is complete and scheduled to be released on 23.02.2018, which is tomorrow. We are informed that the date of the release has likely been postponed by reason of the interim injunction passed by the learned Single Bench. The interim order of the learned Single Bench cannot be sustained and the same is set aside.” 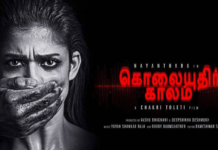 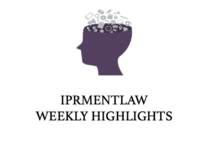