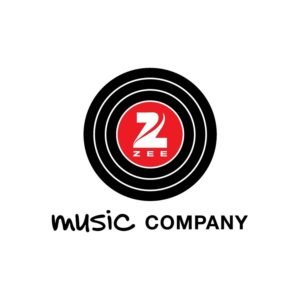 In this post, I would be covering the grounds of challenge the music labels seem to have taken.

Procedure: Rules 31(1) and 31(2) of the Copyright Rules, 2013 make it mandatory to issue a public notice of the authority’s intention to fix royalties under Section 31D and to invite suggestions for determination of the same, when an application under Section 31 D is made. However, no such public notice was issued in consonance with Rules 31(1) and (2) by the Copyright Office prior to fixation of the royalties.

Further, it is mandatory under Rule 31(4) to give an opportunity of being heard to the persons making relevant suggestions with regard to fixation of royalties. The petitioners seem to have contended that they were deprived of their statutory right to give suggestions and be heard on the royalty rates as laid down in Rule 31(4) and (5). Further, the impugned license did not take into account the due process as required under Rules 31 (5) to (8) of the Copyright Rules, 2013. That the defiance of procedure established by law and unreasonable restrictions imposed are in violation and derogation to the rights and entitlements under Article 14, 19 and 21 of the Constitution.

Rule 29 of the Copyright Rules, 2013 requires that after the royalty rate is determined by the Board and published in the Official Gazette and website of the Copyright Office and Board, a broadcasting organization desirous of availing the provisions of Section 31D ought to give advance notice of its intention to the owner of copyright as well as Registrar of Copyright and shall pay the owner of copyright such royalties as determined by the Board. However, in the instant case, no rate of royalty was determined by the IPAB nor was any such notice of intention given to the petitioner by the internet company in question here i.e. Kuku and Koyal Internet Private Limited.

This ground seems to be strange since no reference has been made to the DIPP office memorandum dated September 5, 2016 [read here]  wherein the DIPP had clarified that the words “any broadcasting organization desirous of communicating to the public” in Section 31 D may not be restrictively interpreted to cover only radio and TV broadcasting. The Office Memorandum stated that on a joint reading of the definitions of “Broadcast” and “Communication to the public” under the Act, the term broadcast shall include all kinds of broadcast including internet broadcast. To my knowledge, this DIPP office memorandum has not yet been challenged.

“It is no doubt true, that Tribunals discharging quasi-judicial functions and having the trappings of a Court, are generally considered to be vested with incidental and ancillary powers to discharge their functions, but that cannot surely mean that in the absence of any provision to the contrary, such Tribunal would have the power to grant at the interim stage the final relief which it could grant.

As also indicated hereinbefore, such incidental powers could at best be said to exist in order to preserve the status-quo, but not to alter the same, as will no doubt happen, if an interim compulsory licence is granted. If the legislature had intended that the Copyright Board should have powers to grant mandatory injunction at the interim stage, it would have vested the Board with such authority. The submission made that there is no bar to grant such interim relief in Section 31 has to be rejected since the presence of a power cannot be inferred from the absence thereof in the Statute itself.”

On a related note, I tried finding out details about the internet platform due to which all these petitions are being filed by the music labels. However, there seems to be no information available online as to which platform M/s Kuku & Koyal Internet Private Limited is operating. I suspect this company was only fronting for some other bigger players in the industry as a test case since the IPAB was not functional at the time when the case was filed by Inderjit Singh before the Punjab & Haryana High Court. In case any of the readers have knowledge about the platform run by this company please do let me know.

The radio and internet broadcasting industry’s entire business model depends on the licenses it obtains from music labels. The Copyright Board order of 2010 was a result of the disputes between the labels and the radio broadcasters. In all likelihood the labels are not going to agree to the 2% royalty set up in 2010.  If the labels and the radio & internet broadcasters are unable to mutually agree on terms of voluntary licensing, we could possibly be looking at several statutory licensing disputes in the coming next months.