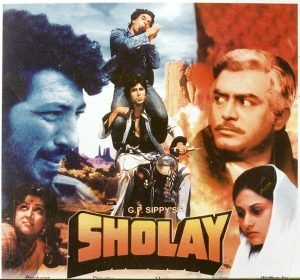 Film titles are creatively conceived and involve a certain level of intellectual stimulation. Accordingly, these titles are registered with the societies or associations such as the Indian Motion Pictures Producers Association (IMPPA), the Film and Television Producers’ Guild of India, etc. to ensure that they are not infringed upon by any other filmmaker trying to use a deceptively similar title. The registration before the associations does not have any legal sanctity. However, the filmmaker can show this registration to establish the contention of prior user of the title.

The recent verdict given by the Hon’ble Delhi High Court in Sholay Media Entertainment & Ors. v. Yogesh Patel & Ors.[i] cements the legality behind awarding trademark registration to film titles. The Court also acknowledged the fact that a common man will easily associate the title SHOLAY with the movie’s iconic characters, scenes, songs, etc. Accordingly, the Defendants were held liable for trademark infringement for using the title SHOLAY for their website.

The article aims to analyze the contentions of the parties in using the mark SHOLAY as well as the decision of the court. The judgement pronounced by the Court can be accessed here.

BACKGROUND OF THE PARTIES

Sholay Media and Entertainment Pvt. Ltd. and Sippy Films Pvt. Ltd. (“Plaintiffs”) are the producers of the movie, SHOLAY. The movie released on August 15, 1975 and several well-known actors featured in the movie such as Mr. Amitabh Bachchan, Mr. Dharmendra, Mrs. Hema Malini, etc. The movie is considered as one of the most successful and iconic films of Hindi Cinema. The Plaintiffs had successfully acquired the trademark registration of the word ‘SHOLAY’ along with other attributes associated with the film.

Plaintiffs filed a plaint against the Defendants for misappropriating and misrepresenting their rights in the mark SHOLAY by registering a series of domain names including the word/mark SHOLAY, using SHOLAY as a trademark on their website and even applying to register the name SHOLAY as a trademark in India and USA as well as incorporating companies with the name SHOLAY.

Plaintiffs argued that the Defendants using the word SHOLAY caused actual confusion among public and the use constituted infringement, passing off, dilution and tarnishment of the well-known mark SHOLAY. Plaintiffs sought permanent injunction restraining the infringement of their registered trademark SHOLAY as the Defendants adopted the mark with a malafide intent to encash upon the goodwill and reputation of the Plaintiffs.

The Defendants’ challenged the territorial jurisdiction of the Court and argued that film titles are not entitled to protection under the Indian trademark law. Defendants further contended that the term SHOLAY is a dictionary word and the Plaintiffs cannot have exclusive right to use the term. Defendants had applied for registration of SHOLAY as a trademark and incorporated a company with that name prior to the Plaintiffs’ application for registration of the mark.

DECISION OF THE COURT

The Single Judge Bench, headed by Justice Pratibha M. Singh, drew a distinction between copyright and trademark protection for a film title and held that titles of films are capable of being and recognized and registered as trademarks as per the Indian trademark laws. In order to obtain trademark protection for a film title, the Plaintiff shall be required to prove that the title has acquired secondary meaning and there is likelihood of confusion of source, affiliation, sponsorship or connection of potential buyers/audience/viewers.[ii]

The Court rejected the contention of the Defendant that there is a difference between the goods and services of the two parties by observing that the content in a movie is not merely restricted to theatrical screening but also to online and other electronic platforms. There can easily be a likelihood of confusion for goods and services being offered under the mark SHOLAY as being considered to emanate from the Plaintiffs.

The Court decided the suit in the favour of the Plaintiffs and awarded them damages of INR 25 lakhs along with permanent injunction restraining the Defendants from using the trademark SHOLAY. The Court further ordered the Defendants to transfer all the domain names incorporating the name SHOLAY or any deceptively similar variation thereof to the Plaintiff.

The Indian trademark law has been liberal in providing protection to film titles. Apart from registering the titles with associations such as IMPPA, the film titles are accorded registration and protection under the Trademark Act, 1999. Even the Supreme Court has accepted that title of a film can be registered and protected under Class 41 of the Fourth Schedule of Trademark Rules.[iii]

This case is an addition to the list of cases that have dealt with registration of film titles as trademarks. Apart from Sholay, film titles like Nishabd, Thoda Pyaar Thoda Magic too have knocked the doors of the court for trademark infringement. It is not essential for a movie title to be registered as a trademark to obtain protection. A registration with the IMPPA can also protect the rights of the registrant over the registered film title.

For a film like Sholay, the registration of the mark is insignificant owing to the fact that the film is known worldwide and the word Sholay has gained such distinctiveness that any person can instantly relate it with the iconic characters, scenes and songs of the film. Although, Sholay was a registered trademark, however, even if it was not registered, the Plaintiffs could have been granted protection under the remedy of passing off under Section 27 of the Trademarks Act, 1999.

In the present case, the Defendants tried to capitalize on the mark Sholay and its different scenes and characters by putting on sale various merchandise. Thereby, infringing upon the registered trademarks of Plaintiffs not only on the film title SHOLAY but also characters such as GABBAR SINGH, which enjoys trademark registration and protection.

The Indian courts have acknowledged the intellectual rights in a film title and have awarded protection to these titles from any sort of infringement. Therefore, the legal precedent is clear and established that film titles can be accorded registration and protection under the Trademarks Act, 1999. However, the legislation fails to incorporate this aspect which allows people to infringe upon the film titles even for dissimilar goods and services. There is a requirement to fill this lacuna in the statute to protects the interests of the applicants as well as to ensure efficient running of the courts in the IP matters.

(Read our previous posts on jurisprudence on film titles here and here).