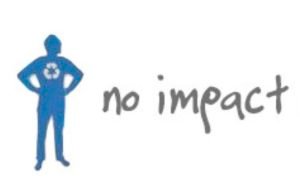 In this post, I would like to clarify that The Repealing and Amending (Second) Act, 2017 has no legislative effect. It is merely an editorial revision intended to remove dead matter from the statute book and to reduce its volume.

Section 4 of the Act reads as under:

The repeal by this Act of any enactment shall not affect any other enactment in which the repealed enactment has been applied, incorporated or referred to; and this Act shall not affect the validity, invalidity, effect or consequences of anything already done or suffered, or any right, title, obligation or liability already acquired, accrued or incurred, or any remedy or proceeding in respect thereof, or any release or discharge of or from any debt, penalty, obligation, liability, claim or demand, or any indemnity already granted, or the proof of any past act or thing;

nor shall this Act affect any principle or rule of law, or established jurisdiction, form or course of pleading, practice or procedure, or existing usage, custom, privilege, restriction, exemption, office or appointment, notwithstanding that the same respectively may have been in any manner affirmed or recognised or derived by, in or from any enactment hereby repealed;

nor shall the repeal by this Act of any enactment revive or restore any jurisdiction, office, custom, liability, right, title, privilege, restriction, exemption, usage, practice, procedure or other matter or thing not now existing or in force.

The first question which comes to one’s mind is whether the amendments carried out by the Copyright Amendment Acts of 1999 and 2012 are maintainable any longer.

Before delving into the case laws on this subject, it is pertinent to see Section 6A of the General Clauses Act, 1897

6A. Repeal of Act making textual amendment in Act or Regulation

Section 6A of the General Clauses Act is self-explanatory. The object of Repealing and Amending Acts is not to bring any change in law but to remove enactments which have become unnecessary. This has been held in several case laws as under:

Khuda Bux vs Manager, Caledonian Press [AIR 1954 Cal 484,] – The Calcutta High Court while interpreting the Repealing and Amending Act of 1950 held as under:

“Such Acts have no legislative effect, but are designed for editorial revision, being intended only to excise dead matter from the statute book and to reduce its volume. Mostly, they expurgate amending Acts, because having imparted the amendments to the main Acts, those Acts have served their purpose and have no further reason for their existence. At times, inconsistencies are also removed by repealing and amending Acts. The only object of such Acts which in England, are called Statute Law Revision Acts, is legislative spring-cleaning and they are not intended to make any change in the law. Even so, they are guarded by saving clauses drawn with elaborate care, of which Section 3 of the Repealing and Amending Act of 1950 is itself an apt illustration. Besides providing for other savings, that section says that the Act shall not affect “any principle or rule of law * * notwithstanding that the same may have been * * * derived by, in, or from any enactment hereby repealed.”

The Supreme Court while referring to the Khuda Bux case (supra) also observed as follows:

“The general object of a repealing and amending Act is stated in Halsbury’s Laws of England, 2nd Edition, Vol. 31, at p. 563, thus:

“A statute Law Revision Act does not alter the law, but simply strikes out certain enactments which have become unnecessary. It invariably contains elaborate provisos.”

“It is, therefore, clear that the main object of the 1952 Act was only to strike out the unnecessary Acts and excise dead matter from the statute book in order to lighten the burden of ever increasing spate of     legislation and to remove confusion from the public mind. The object of the Repealing and Amending Act of 1952 was only to expurgate the amending Act of 1949, along with similar Acts, which had served its purpose.”

Where the provisions of one statute are, by reference, incorporated in another and the earlier statute is afterwards repealed the provisions so in- corporated obviously continue in force so far as they form part of the second enactment.”

So too, in Craies on Statute Law, 3rd Edition, the sama idea is expressed in the following words, at p. 349: ” Sometimes an Act of Parliament, instead of expressly repeating the words of a section contained in a former Act, merely refers to it, and by relation applies its provisions to some new state of things created by the subsequent Act. In such a case the is rule of construction is that where a statute is incorporated by reference into a second statute, the repeal of the first statute by a third does not affect the second “.

Likewise, in the case of Jaipal Singh vs State Of U.P [1990 CriLJ 2504,], the Allahabad High Court relied on the above two cases.

In my view, it is thus clear beyond reasonable doubt that the Repealing and Amending (Second) Act, 2017 does not render the amendments introduced by the 1999 and 2012 Copyright amendments redundant. It is merely an editorial exercise and would have no impact on the media and entertainment industry.