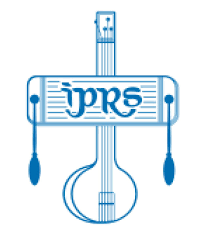 Yash Raj Films Pvt Ltd (YRF) has moved the Bombay High Court against IPRS in relation to the royalties dispute. YRF has sought to quash a criminal case of breach of trust, copyright infringement and failure to pay Rs 100 crore in royalty to several music composers and lyricists since 2012.

The Bombay HC asked the Economic Offences Wing (EOW) of Mumbai police not to act on its notice to YRF for information and documents. YRF argued before the bench of Justices B P Dharmadhikari and N R Borkar that it  is the owner of copyright and that the grievance being espoused of about 3500 members by IPRS does not surface anywhere in FIR.

As per reports, YRF argued that “IPRS had asked YRF to be its member and when that didn’t happen, the society filed a criminal case making allegations of infringement with “mala fide intention”. YRF said it is collecting revenue due to it as copyright owners, and not collecting royalty or revenue for others.

The FIR had stated that the settled legal position is that the production house can monitor and collect royalties for sound recordings and its own (equal) share for lyrics and musical compositions, but it cannot collect royalties on behalf of authors. YRF had illegally diverted the royalties it collected for personal gain.

The Bombay HC has fixed February 3 as the next date of hearing. It has asked the police not to insist for any documents from YRF till then.

Detailed analysis of the dispute can be viewed here.

Further, YRF has filed another suit against IPRS. This matter was tagged along and listed on January 21 along with the IPRS vs Ushodaya Enterprises matter and has been adjourned to February 6, 2020.