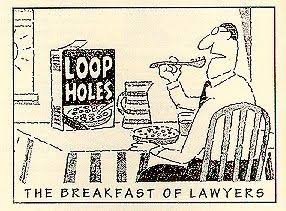 On November 20, 2019 the media and entertainment industry woke up to the breaking news about FIR being filed by Economic Offences Wing (EOW) against one of India’s leading film studio and music label YRF (Yash Raj Films).

The news read as under:

“The Economic Offences Wing (EOW) of the Mumbai Police has registered an FIR against Yash Raj Films (YRF) Pvt Ltd, its chairman and managing director Aditya Chopra, his brother Uday Chopra, and others for alleged criminal breach of trust and failure to pay an estimated Rs 100 crore in royalty to several music composers and writers since 2012.

The FIR was registered on a complaint by the Indian Performing Right Society (IPRS). This is the first criminal case initiated by the IPRS after it was re-registered as a copyright society in 2017. YRF did not respond to questions regarding the case.”

“According to IPRS, YRF was one of the entities it had written to after 2017, seeking royalty for artists. However, despite the amendment to The Copyright Act, YRF allegedly paid only a minuscule amount to artists. After the dispute remained unresolved despite the exchange of several letters, IPRS lodged a formal complaint with the Mumbai Police some two months ago.

Since the amount involved was high, the matter was handed over to the EOW. After inquiring into the matter for around two months, the police registered an FIR against YRF on charges of criminal breach of trust, along with sections of The Copyright Act.”

For those unaware about what has caused this dispute, here is my version of a short summary:

The Copyright Amendment Act of 2012 came into effect on 21st June, 2012 primarily due to efforts of Shri. Javed Akhtar into bringing royalty rights for lyricists and composers. There were many factors which triggered the battle back then, one of the key reasons being the non-payment of ringtone royalties by IPRS to its author members.

After the Copyright Amendment came into effect, due to its historic wrongs and a list of other reasons like an ED investigation (for non-payment of royalties to some author members), inquiry commission report by YPC Dangey, some litigations and other factors, IPRS received its re-registration certificate only on November 28, 2017.

Based on the information received from reliable sources, the revamped IPRS has made genuine efforts in working towards royalty collections for its members. IPRS has been welcomed back by CISAC and all seems going well as of now.

While IPRS has several big music labels as its members such as Sony Music, Saregama, Universal, Times Music, Tips, etc. some of the biggest labels like YRF are still not its members.

As per industry sources, IPRS has been negotiating with these non-member labels without success as they have been unable to reach a consensus on the terms of joining.

For those who are not well versed with the language of the Copyright Amendment of 2012 an obvious question which would come to your mind on reading these recent media articles would be, how did YRF manage not to join IPRS or cause non-payment of royalties to authors if the law mandated the same? Aren’t our laws clear enough to avoid such situations from transpiring?

So, one of the possible answers could be- While the Copyright Amendment Act intends that royalties should be paid by a registered copyright society (like IPRS) to the authors, it does not explicitly state the same.

To give you an example, the concerned royalty provisions read as under:

“Provided also that the author of the literary or musical work included in a cinematograph film shall not assign or waive the right to receive royalties to be shared on an equal basis with the assignee of copyright for the utilization of such work in any form other than for the communication to the public of the work along with the cinematograph film in a cinema hall, except to the legal heirs of the authors or to a copy right society for collection and distribution and any agreement to contrary shall be void:

Provided also that the author of the literary or musical work included in the sound recording but not forming part of any cinematograph film shall not assign or waive the right to receive royalties to be shared on an equal basis with the assignee of copyright for any utilization of such work except to the legal heirs of the authors or to a collecting society for collection and distribution and any assignment to the contrary shall be void.”

(9) No assignment of copyright in any work to make a cinematograph film shall affect the right of the author of the work to claim an equal share of royalties and consideration payable in case of utilization of the work in any form other than for the communication to the public of the work, along with the cinematograph film in a cinema hall.

(10) No assignment of the copyright in any work to make a sound recording which does not form part of any cinematograph film shall affect the right of the author of the work to claim an equal share of royalties and consideration payable for any utilization of such work in any form.

Section 33 which deals with registration of copyright societies mentions:

“Provided that owner of copyright shall, in his individual capacity, continue to have the right to grant licences in respect of his own works consistent with his obligations as a member of the registered copyright society:

Provided further that the business of issuing or granting license in respect of literary, dramatic, musical and artistic works incorporated in a cinematograph films or sound recordings shall be carried out only through a copyright society duly registered under this Act;”

I guess the draftsmen deliberately simply forgot to address the following:

As a result of these questions not being explicitly answered in the Copyright Amendment, it wasn’t too difficult for lawyers to find ways to circumvent the intent of the 2012 amendment.

As mentioned in this Indian Express article “While IPRS has some numbers to show, not all artists are satisfied that it has delivered on its promise. Some music companies and production houses have allegedly found ways to dodge the requirement of sharing royalty with artists. On some occasions, the fees paid to artists are termed as “advance royalty”, meaning the royalty has already paid; on other occasions, the artist is allegedly offered a deal to sign a letter giving the royalty back to the music company. Some big production houses that don’t get along with IPRS have started their own body to collect royalties for artists working on their projects, say these artists.”

Some knowledgeable people from the industry have in the past told me to stop putting the blame on the well-intended and perfectly drafted Copyright Amendment Act of 2012 which according to them clearly spells out the answers to all the above questions and the defaulters are to blame and no one else. I think we all need a reality check. Rather than spending years in litigation, wasting precious judicial time and making lawyers happy, it might make sense to just spell it out clearly by bringing a well drafted copyright law in place.

On an ending note, as mentioned in some articles, IPRS seems to be claiming these royalties from 2012 when the Copyright Amendment came into effect. If anyone knows on how is IPRS demanding royalties prior to November 28, 2017 i.e. the date of its re-registration certificate, please do enlighten us with the relevant information by writing back.