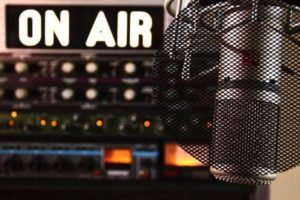 The order dated December 9, 2019 states that the Interim Application is made in a Commercial IP Suit based on the rights, interests and privileges of IPRS as a performing right society. These rights and privileges are claimed under Section 33 of the Copyright Act. Read order here.

After hearing the parties at length, the Court decided that since the issue involved in the matter is an issue of law, in particular relating to the rights to be claimed under Section 33 post its amendment in 2012, the Interim Application itself may be heard finally.

The Interim Application is stood over to 21 January 2020 for final hearing.

This seems to be one of the first suits filed by IPRS against a radio broadcaster post IPRS receiving its re-registration or as a matter of fact post the Copyright Amendment Act, 2012 coming into effect.

IPRS had last year dragged Vodafone to the Calcutta High Court (Read post here) wherein the Calcutta High Court vide its order dated October 12, 2018 had directed Vodafone Idea Limited to deposit a sum of INR 2.5 crores with the HC Registrar. The order was passed in a copyright infringement suit filed by IPRS praying for a mandatory injunction directing Vodafone to remove from its Value Added Services (VAS) platform and other platforms all cinematograph films, sound recordings and the like where the underlying copyright in literary and musical works belong to IPRS, save and except their rights flowing from the sound recordings belonging to Saregama India Limited. In that case, the Court held that Vodafone ideally would be required to obtain licenses now from IPRS as IPRS has rights over ‘music and lyrics’. Vodafone had argued in that case that it had procured the license from music labels like Tips and Sony and hence it was not required to obtain a separate license from IPRS.

The Court had while ordering Vodafone to deposit the amount observed that “Whether  Tips or Sony would be required to bear such liability out of the amounts received for exploitation of musical rights should not in any manner stand in the way of the society receiving its dues and share of royalty for musical exploitation and prima facie it appears that after June 2018 no effort has been made by the respondent to carry forward the discussion and arrive at a solution. The respondent cannot gain by remaining silent. If Sony and Tips does not have the right to allow the plaintiff to use such music as ringtones and such right rests with the society then any such license giving such rights in favour of the defendant would be unauthorized and cannot bind the society.”

Readers may recall that last year the Delhi High Court had dismissed the suit which was filed by IPRS against Aditya Pandey and others in 2006.  Read post here. It may be relevant to reiterate the background of that dispute as the issues involved seem similar:

The Supreme Court in para 6 of the CISAC judgement had held that “all observations, findings and views expressed by the High Court in the original as well as appellate proceedings before it to be of no legal effect, whatsoever, in so far as the merits of the suits are concerned which will now be expedited and heard and disposed of within a year from today”. The Supreme Court’s decision was only an interim exercise by the court to find a reasonable solution to the matter which was to govern the parties until disposal of the suit. The SC had upheld the Division Bench order only as a workable solution during the pendency of the suit.

The CISAC judgement had led to varied interpretations on whether dual licensing is required post 2012 Amendment or whether the decision was limited to pre-2012 Amendment. In the absence of any clarification on this point in Justice Endlaw’s judgement, the issue remained open for interpretation.

This case of IPRS vs Ushodaya Enterprises will thus be of prime importance as it would probably delve into the issues of:

Earlier this month, IPRS had filed a complaint against YRF (read post here) in furtherance of which EOW has registered the FIR against YRF.

It appears that the year 2020 will hopefully bring some clarity on issues that have been debated since the last 7+ years since the time the Copyright Amendment of 2012 came into effect.