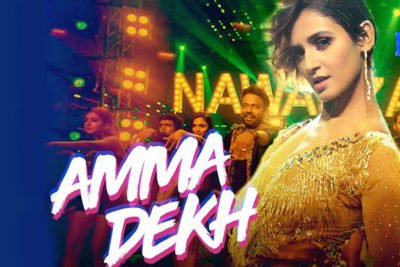 As per reports, T-Series has taken down the recreated version of ‘Amma Dekh’ of the film Nawabzaade from their YouTube channel. The recreated version of the 1994 song with the similar title, landed in dispute before the Bombay High Court with Tips India Limited suing Super Cassettes Industries Pvt Ltd along with Lizelle Dsouza and Mayur Barot (producers of the film Nawabzaade) for infringement of its rights in the original song. [Update: Read order here].

The rights in the original song from the 1994 movie ‘Stunt Man’ belong to Tips Music. The recreated version features Shakti Mohan, Raghav Juyal, Puneet J Pathak and Dharmesh Yelande and is from the upcoming film Nawabzaade scheduled to release on July 27, 2018.

TRIBUNAL ORDINANCE, 2021 AND THE SCRAPPING OF IPAB: AN (UN?)HURRIED MOVE?