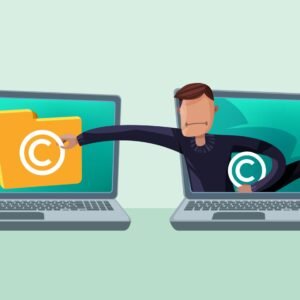 Copyright can be infringed by an act as simple as clicking a picture of a copyrightable work, or printing posters of a famous band and hanging them in private property. Despite the existence of a proper legal framework to protect the rights of a copyright holder, this form of copyright infringement does not invite statutory repercussions. This is so because of the defense granted under the doctrine of ‘de minimis non curat lex’ which means law does not concern itself with trifles, i.e., petty or unimportant disputes.

This doctrine is not explicitly defined in the statutes. However, courts of India and US have time and again dealt with cases involving the use of the doctrine of di minimis and have assessed its applicability on case-to-case basis. Recently, the Ninth Circuit of US Court of Appeals dealt with one such case in Richard N. Bell v. Wilmott Storage Services, LLC (9th Cir. July 26, 2021). Herein, it reversed a district court’s grant of summary judgement in favor of the defendant in a copyright case based on a de minimis use defense. The case added to the extensive American jurisprudence regarding the use of this doctrine in terms of copyright infringement.

Appeal arose out of the summary judgment granted in favour of Wilmott by the District Court. The facts are that Richard Bell took a photo of the Indianapolis skyline and published it on various websites. After 11 years, he registered the photo with the US Copyright Office. Upon conducting an online reverse image search of his photo, he found it available on a site called VisitUSA.com, which was later purchased by Willmott in 2012.

Later, in 2018, Richard Bell notified Wilmott of the act of displaying of the photo on their end without due permission. Subsequently, Wilmott removed the photo. But in 2019, they continued to display a copy of the photo but at a slightly different web address than the previous one. Wilmott explained that the webmaster instead of removing the photo, merely changed the file name. Wilmott then removed the photo. Richard Bell filed a suit for infringement in 2018, asserting that Wilmott infringed his right to ‘display the copyrighted work publicly’.

The Court of Appeal primarily dealt with the issues regarding application of the defense of de minimis copying in terms of the degree of copying, fair use of the photograph and the “technical violation” theory adopted by the district court.

In this article, we have tried to assess the ruling of the court with regards to the defenses along with comparative analysis with Indian jurisprudence in this regard.

Defense of de minimis use

In US, the doctrine of de minimis developed through various rulings and judgements where it has been recognized as allowing the literal copying of a small or trivial aspect of a copyrighted work.[i] Further, the Second Circuit has opined in On Davis v. The Gap, Inc., that de minimis doctrine is not much discussed in copyright opinions because rarely  suits are brought over trivial instances of copying and even if they are, the suits are ruled in favour of defendants as trivial copying is not an infringement.[ii] In such scenarios, cases of copyright trolling are also common and the courts have to cautiously assess the facts to ascertain the existence of infringement.[iii]

While assessing the alleged copying of work as small or trivial, the aspect of ‘substantial similarity’ is to be checked. In Gayle v. Allee, the Southern District of New York has noted that ‘substantial similarity’ for the purposes of the de minimis inquiry is not entirely about whether something was in fact copied because there is a difference between ‘factual copying’ and ‘actionable copying’, i.e., copying that is ‘quantitatively and qualitatively sufficient’ to support a claim of copyright infringement.[iv]

In the present case, the Ninth Circuit did not delve into quantifying the degree of copying as there was a complete and total infringement when the identical copy of the copyrighted photo was posted on the Defendant’s website. Further, the court noted that the majority of the circuits, including the Ninth, do not consider de minimis doctrine as a defense to infringement but instead as an answer to the inquiry whether an infringing work and copyrighted work are substantially similar so as to make the copying actionable.

Defense of fair use

The US law on copyright provides for protection of “fair use” of a protected work, notwithstanding the potentially infringing nature of the use, by explicitly weighing “the purpose and character of the use” and “the effect of the use on the market” for the protected work, among other factors.

The District Court, while granting summary judgment, relied on the de minimis use defense and hence, did not ponder upon the defense of fair use. This is so because the Copyright Act does not require the district court to consider dispositive issues in any particular order or at all.

Technical violation by the Defendant

The district court applied the theory of “technical violation” on the grounds that Wilmott was not aware that the photo was still available on the website. This theory was absolutely negated by the Ninth Circuit owing to the fact that the Copyright Act does not provide for any exception for the de minimis use of a concededly infringing work for a “technical violation”.

Further, it was well established that the degree of copying was in total because the infringing work was an identical copy of the copyrighted photo. Thus, there was no need to conduct an inquiry regarding the de minimis copying. The doctrine is applied to determine whether a work is infringing by analyzing the quantity and quality of the copying. The Ninth Circuit never recognized a de minimis defense based on the allegedly minimal use of concededly infringing material. Thus, the court rejected the “technical violation” theory adopted by the district court.

DOCTRINE OF DE MINIMIS USE IN INDIAN JURISPRUDENCE

The Indian Copyright Act, 1957 too does not give any statutory recognition to the doctrine of de minimis. Just like in US, it has developed in India through legal precedents. It was first discussed in 2011 in Super Cassettes Industries Limited & Ors. v. Chintamani Rao & Ors., wherein the respondents used this defense.[v] However, their defense was rejected on the grounds that the Copyright Act lays down specific rights vested in each party along with the exceptions. Hence, the court cannot apply a general principle outside the scope of those mentioned in the Act.

This stance of the judiciary took a steep turn in 2012 when the Delhi High Court heard the case of India TV Independent News Service Pvt. Ltd. & Ors. v. Yashraj Films Pvt. Ltd.[vi] In this case, the court acknowledged the fact that maximum number of intellectual property violations take place in copyright including a good number of trivial violations. Thus, the court laid down 5 factors for applying the defense of de minimis while adjudicating a matter, viz:

Later, in 2019, the Delhi High Court in another case, relied on the abovementioned factors while adjudicating a case involving de minimis defense.[vii] The court examined the cue sheets submitted by the plaintiff and found that there was around 500 minutes of infringement. Thus, the defense of de minimis adopted by the Defendant was rejected as the size and type of harm along with the effect on the legal rights of third parties was getting impacted. Thereby, the defense fell short of being considered as a de minimis use.

Apart from the doctrine of de minimis use, the application of the defense of “fair dealing” is also perused by the Indian courts. The term is not defined under the Copyright Act as a defense but forms part of exceptional acts not considered as infringement of copyright under Section 52(1)(a), (b) of the Copyright Act, 1957. However, the principles to determine “fair dealing” have been laid down by the Delhi High Court in Super Cassette Industries Ltd. v. Hamar Television Pvt. Channel, such as:[viii]

These principles coupled with the factors of de minimis are essential in determining a copyright infringement and its degree.

The reliance by the defense on the doctrine of de minimis use is a fairly common practice, not just in India but also internationally. The doctrine plays a pivotal role in protecting the rights of the party when the infringement of copyright is not to such a degree so as to call for an action against them. The Indian Copyright Act provides for several rights and exceptions available to the copyright holder. Similarly, it should also include such defenses to ensure that the copyright holders are not exploiting the rights granted to them under the statute. The Copyright Act merely mentions the exceptions and defenses and fails to define them. Thus, the Act should accordingly be amended to include such necessary definitions of terms like “fair dealing” and “de minimis” to ensure that the courts are not kept occupied by trivial matters pertaining to copyright.