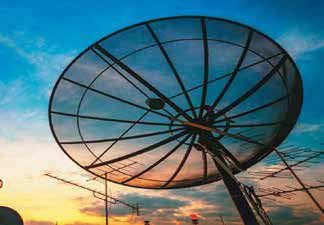 Star India Private Limited has filed a special leave petition before the Supreme Court against DIPP & Ors challenging the dissenting view in the judgment dated March 2, 2018 passed by Hon’ble Chief Justice of Madras High Court Ms. Indira Banerjee and against the judgement dated May 23, 2018 passed by Justice M.M. Sundresh who had both dismissed the petition filed by Star (“Impugned Judgements”). The Supreme Court vide its order dated July 20, 2018 has allowed the SLP and listed the matter on August 28, 2018 (It has been incorrectly reported by few publications that the Supreme Court has refused to stay the Madras High Court judgement).

As posted here earlier, the Madras High Court on March 2, 2018 decided on the dispute between Star India Private Limited, Vijay Television against TRAI and others wherein Chief Justice Indira Banerjee rendered the dissenting decision in favour of TRAI having exercised its powers within jurisdiction however holding that the clause putting cap of 15% to the discount on the MRP of a bouquet as arbitrary. In view of the split verdict, the writ petitions were placed before a third judge i.e. Justice M.M. Sundresh who also upheld the dissenting view of the Chief Justice.

Star India had challenged certain provisions of the Telecommunication (Broadcasting and Cable) Services Interconnection (Addressable Systems) Regulations, 2017 and the Telecommunication (Broadcasting and Cable) Services (Eight) (Addressable Systems) Tariff Order 2017 before the Madras High Court.  In these Regulations, TRAI has fixed a uniform MRP for television channels, imposed conditions on when a channel cannot be included in a bouquet and can be offered only on a-la-carte basis, conditions on pricing of bouquet of channels, discounts, promotional schemes, etc.

Star India’s contention was that TRAI has no jurisdiction to enact the impugned clauses in the 2017 Regulations as the TRAI Act, 1997 and the Copyright Act, 1957 operate in two different spheres. TRAI is empowered to regulate only the ‘telecommunication services’ and its powers do not extend to include the subject matter of transmission i.e. the content itself. On the other hand, the Copyright Act is the content centric Act and by virtue of the 2012 Amendments, the power of the Appellate Board constituted under Section 11 of the Act has been extended to adjudicate any grievance in relation to the tariff fixed by the broadcasting organizations for licensing of their TV channels. Star India’s contention thus has been that the impugned clauses of the 2017 Regulations have the impact of regulating the pricing and terms and conditions of licensing of television channels and their underlying content which is protected under the Copyright Act and over which TRAI has no jurisdiction.

The Impugned Judgements have upheld the jurisdiction of TRAI and are now the subject matter of challenge before the Supreme Court. Justice M.M. Sundresh’s judgement makes an alarming observation that no right has been given to a television channel under Section 37 of the Copyright Act. The petitioners had argued that broadcast takes place at the moment of uplinking and downlinking, whereas Justice Sundresh was of the view that the broadcast reproduction right comes into existence only upon the television channel signal reaching the set-top box of the subscriber. This could result in a possible interpretation that any infringing activities before the signal reaches the set-top box such as acts of signal piracy may be outside the scope of Copyright Act and may fall within the purview of TRAI Act.

The impugned clauses of the 2017 Regulations have taken away the ability of the broadcasters to fix their own tariff and terms and conditions for utilization of the content on their channels including its manner of offering, packing, bundling etc.  The Supreme Court’s decision on this issue will have far reaching impact on the broadcasting sector.

TRAI TARIFF TALE CONTINUES: ONLY WHEN BROADCASTERS HAD THOUGHT THEY HAVE...