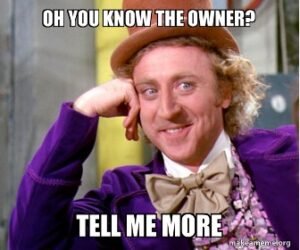 What happens when two people claim rights on the same work? Both are right-holders in ‘their opinion’; both have run ‘their’ rights for a substantial time until one day their obliviousness outbursts. Here, how to test ‘true’ ownership? Is it a question of law or a question of fact? Or both? Recently, the Bombay High Court, in the case of Goldmines Telefilms Pvt Ltd vs Achla Sabharwal, penetrated this poignant perplexity while denying the interim injunction to Goldmines Telefilms Pvt Ltd (“Goldmines”) who claimed to be the assignee of the movie Sheela against Achla Sabharwal (“Sabharwal”) who also possessed similar assignment and ownership claims.

This is an important case for the practical understanding of assignment agreements and lay down some crucial points for media and entertainment lawyers.

As the Court remarked and I conceded, Goldmines’ claims were serpentine and based on several documents because it didn’t get the rights directly from the producer. Rather, it acquired them through predecessors-in-title. Conversely, Sabharwal (Defendant) has claimed to have gotten rights directly from the producer. However, it is noteworthy that if Goldmines’ predecessors-in-title had acquired plenary rights to Sheela by an assignment, then nothing at all remained in the hands of Dwarakish to assign later to Sabharwal.

The (un?)interesting (however you look at it) part of the case is that it doesn’t involve too much application and interpretation of Copyright law (Even the Court said so – Para 10). Rather, in the beginning of the order, the Court has clarified that it is not going to conduct a mini-trial. Only if Goldmines established a ‘facially convincing case of superior title’, the questions of balance of convenience and irreparable harm would be delved into. The Court further noted (para 6) that “the fact that it (Plaintiff) may have spent money, or may have purported to exploit rights, will not give it rights if the documents on which it relies do not support the passing of copyright”. Thus, this case mainly revolves around the factum of the case. Another enticing point which the Court made (discussed below) is that your assignment agreement should not say ‘agree to assign’ but should ‘grant’ the rights clearly.

Besides penning a lucid and succinct order, Justice GS Patel has brilliantly indited the complicated facts in a very simplistic manner. The important facts are following:

Thus, aiding agreements for the parties are: –

What the Court Held

Firstly, the Court checked if numerous agreements cited could co-exist especially the Sharma Assignment 2002 and the Swastik Assignment 2007 as they lay down different rights in different time lines. If they exist validly, does it affect the legitimacy of 2010 agreement?

Perusing the first document – Sharma Assignment 2002, the Court noted that it was restricted in several ways 1.) it was for a limited period of 25 years, 2.) theatrical, and audio rights were not transferred, hence. 3.) Satellite rights would only vest in SD Sharma from September 2003. Basis this agreement, SD Sharma (who claimed to be first assignee) or his heir cannot transfer all the rights in Sheela for indefinite period.

But in the affidavit 2021, Dwarakish said adverse and contrarily accepted the transfer of satellite rights to SD Sharma from 2002. Further, underscoring the burden of proof on Plaintiff, the Court accepted that an ‘agreement to assign’ cannot be said to be an assignment. From the practical perspective, there needs to be a distinguishment between ‘hereby agrees to assign’ and ‘hereby assign’ in the agreement as the former makes a thin case for assignment.

Then, the Court sifted through the Swastik Assignment 2007 in which Dwarakish had claimed to have transferred ALL the rights in the movie Sheela for 99 years to Swastik Distributors and even conceded that this 2007 agreement is free from all encumbrances, without any prior commitments. But this cannot be true in the presence of 2002 Sharma agreement which was restricted by both time and subject matter. The said transfer of ALL rights cannot include theatrical, and audio rights were not transferred as explicated above. Another factor that accorded preference to 2007 agreement was its wording “agreed and hereby irrevocably grant, transfer and assign” unlike 2002 agreement which only mentioned “agree to assign.” Hence, again Goldmines’ claims fall flattened.

Dwarakish affidavit 2021, further complicated the scenario by making ‘so called’ clarificatory claims of assignment of satellite rights in 2007 agreement, which were initially claimed to be subject to some other contrasting terms. The Court held that ‘the 2002 Sharma Assignment and the 2007 Swastik Assignment are irreconcilable. One of the two must fall; both cannot co-exist.’ (Para 41)

Sharma Agreement 2010, which assumes Ravi Sharma s/o SD Sharma (not proven though) as the owner and assignor, transferred all the right in Sheela to Goldmine along with other movies. But this again falls foul when other agreements are assumed valid especially 2007 agreement. Interestingly, this was for a period of 99 years which is not also possible because its parent agreement 2002 only has rights for 25 years and didn’t include any theatrical, and audio rights were not transferred, and Satellite rights were supposed to come in 2003.

Then, Court seeped through 2021 Swastik Agreement and found other anomalies. This agreement transferred certain rights in Sheela from Swastik distributors to Goldmines, but mentioned new dates. Tellingly, it referenced both 2002 and 2007 agreements and read that the satellite rights under the 2002 Sharma Assignment ran in favour of Sharma until September 2028. But in actuality, this is not the date Dwarakish mentioned in his affidavit. Again, the validity remains of this agreement unviable.

Thus, the Court negated all the ownership claims of Goldmines and disregarded the validity of its contractual arrangements.

Importantly, while invalidating the claims of Goldmines, the applicability of principle of business efficacy (read here) and harmonious construction was also denied. In this regard, the Court held (please read para 69) that “This is not a matter of inconsistent clauses within a document; and the generality of that proposition will not aid Goldmines, for instance, in regard to the 2010 Sharma Assignment, where the Schedule has specific restrictions not found in the main body. These provisions are in conflict not with other clauses in the documents but with other documents. Goldmines does not seem to have a clear, clean line of antecedents of copyright assignments. What is apparently given in one is compromised in the next, and so on to the end of the chapter, with Dwarakish’s 2021 affidavit only adding to the already considerable confusion.”

In the same para, it further said that “Invoking the principle of ‘business efficacy’ here is meaningless in the face of all this Dwarakish-led contractual disarray. Once I have found, albeit prima facie, that there are conflicts between the various documents on which Goldmines relies, there is no question of ‘harmonious construction’. That principle applies to a construction or interpretation conflict between clauses in one document. But where two documents are plainly contrary to each other and cannot co-exist, this principle can have no application and certainly not at the prima facie stage. As we have seen, the 2002 Sharma Agreement and the 2007 Swastik Agreement cannot both stand together. They are both then in conflict with the 2010 Sharma Agreement (including crucial commercial terms like dates); and the 2021 Swastik Agreement helps matters not at all.”

On a tangential note –

An important takeaway on the stamping is as follows (Para 60): –

“Mr. Andhyarujina’s (Goldmines’ lawyer) submission stating that the only deed between Sabharwal and Dwarakish dated 7th September, 2010 made on a Rs. 100 stamp paper in New Delhi being insufficiently stamped was rejected by Justice Patel as it was a general assertion by Mr. Andhyarujina in paragraph 4 of the Affidavit in Rejoinder without stating the reason for claiming it to be insufficiently stamped. The submission is entirely misconceived and is based on misreading Section 3(b) of the Maharashtra Stamp Act, 1958 read with entry 5(h)(v) of Schedule I of the Act, the reason being that Sabharwal is not suing on the document at all and the argument that Sabharwal has “brought the document” to Maharashtra is unconvincing. Sabharwal has not received the document in Maharashtra and is not suing on that but is just pointing out that it did exist outside of this State. If reference to every document executed outside Maharashtra (with no intention to enforce it) was required to be ‘stamped’ according to the Maharashtra Stamp Act, it would just be absurd.”

The case though doesn’t lay down any conceptual clarification or interpretation of copyright law, it does make an interesting remark on the burden of burden, harmonious construction, and the interpretation of assignment agreement. Thus, it is more important from the practical point of view for media lawyers. As Goldmines couldn’t prove the ownership/assignment of Sheela, the Court refrained to delve deeper into Sabharwal’s agreement. The observation that Goldmines had not shown better antecedent title by assignment of rights to that claimed by Sabharwal was enough obviate the necessity to address other issues. However, the Defendant, Sabharwal is still required to maintain accounts of all commercial transactions she and her firm enter into in respect of the film Sheela. This is required until the final disposal of the suit.

I thank  Pooja Gala for her substantial help.