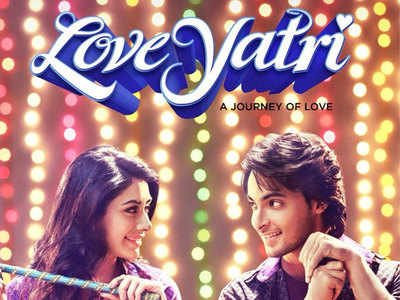 The Supreme Court on September 27 has stayed an FIR filed against the makers of LoveYatri after Salman Khan (producer of the film) moved the Apex Court alleging threats from several Hindu right-wing groups. The court has also stated that any further complaints against the movie will not be entertained. Read order here.

The petitioner’s grievance was that though the film  “Loveyatri – a journey of love” has obtained certificate from the CBFC, yet certain private complaints and FIRs under Sections 295, 198, 153, 153(B) and 120(B) of the Indian Penal Code were registered at various places against the petitioner, who runs the production company, namely, Salman Khan Films, a division of Salman Khan Ventures Private Limited. The petitioner submitted that once the Certificate has been granted by the Central Board of Film Certification, the producer is entitled to show the film in the theatres, and no criminal law should be set in motion because of such individual perception relating to the name or any song in the movie.

The Bench comprising of Chief Justice Dipak Misra and Justices AM Khanwilkar and DY Chandrachud considered it appropriate to pass a protective order that no coercive action shall be taken against the petitioner relating to the film and no further FIR/Criminal Complaint/criminal proceeding shall be entertained by any investigating agency anywhere if the allegations relate to the said movie or the contents of the movie.