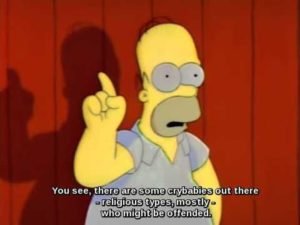 We were just recovering from the deplorable Padmaavat controversy, when the right-wing activists struck again. This time over the title ‘Loveratri’.

The film, being produced by Salman Khan Films, landed in trouble after the right-wing group said it wouldn’t allow the screening of the upcoming romance drama as it might hurt the sentiments of Hindus. Reportedly, the film is set against the backdrop of Gujarat and is a romantic drama of the leading couple falling in love over a span of nine-night festival of Navratri.

The literal translation of the title would be ‘love nights’… So what’s the big deal if the couple fell in love during the Navratri festival? Is your faith in your religion so weak that it would get distorted by a film title?

Targeting cinema for ulterior motives has become a frustrating trend. While our judiciary has so far (largely) not entertained such frivolous cases, it hurts to witness the traumatic experience film makers are put through when frivolous Sec 295A IPC cases and public interest litigations are filed by publicity mongers. A few years ago, I had received an information from a lawyer that one such case filed in Bihar against a song containing the word ‘Radha’ was settled with one of the demands of the petitioner lawyer being to meet a celebrity involved in that particular film (OMG!!!).

Well, this is not the first-time film titles have been targeted for hurting religious sentiments. Sanjay Leela Bhansali was forced to change the title ‘Ramleela’ to ‘Goliyon ki Raas-Leela Ramleela’ after a series of cases were filed against the title of the film. CBFC required the title ‘Padmavati’ to be changed to ‘Padmaavat’

For the film ‘Bajrangi Bhaijaan’, a PIL was filed in the Allahabad High Court alleging that the title of the film was objectionable as the word Bhai Jaan is used for elder brother in Northern India whereas the word Bhai Jaan is used for notorious persons in the State of Maharashtra basically in Mumbai and as Bajrangi has been prefixed with Bhai Jaan therefore, such title of the film is objectionable on behalf of the people having faith in Hindu Religion. The PIL was however out-rightly dismissed by the Allahabad High Court.

The film ‘Sexy Durga’ also faced a lot of hardships over its title, where it was not allowed to be screened in certain film festivals by the I&B Ministry, again citing religious sentiments.

The problem is we forget too soon. What happened to those Karni Sena members who had destroyed public property, announced a bounty on Deepika and SLB and committed umpteen number of punishable offences under the IPC? We don’t do anything about those who disgrace our religion for their own ulterior motives. There is no deterrent on those who cause violence/ threaten violence, damage public property. There needs to be strong deterrents in place- heavy costs should be imposed on such frivolous litigants, those committing or threatening to commit such offences should be severely punished. It’s time to stop being overtly sentimental over entertainment content. Don’t watch it if you have a problem, but don’t speak for the entire community cause everyone is not as ‘senti’ as you are. 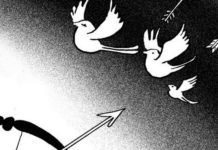 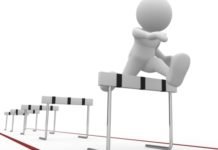