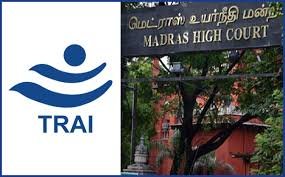 The Supreme Court on March 12, 2018 referred the case involving the TRAI tariff regulations back to the Madras High Court with a rider that the judgement should be delivered within a month.

As per the details available on SC’s website, TRAI seems to have filed a transfer petition against Star India Pvt. Ltd and Ors which now stands disposed of.

As reported by me here, the Madras High Court had given a split verdict in the dispute between TRAI and Star wherein Chief Justice Indira Banerjee rendered the dissenting decision in favour of TRAI having exercised its powers within jurisdiction however holding that the clause putting cap of 15% to the discount on the MRP of a bouquet as arbitrary. Since the judges were unable to arrive at a consensus whether TRAI had overstepped to regulate business models related to copyright over content, the matter was to be referred to a third judge to hear the issues.

The matter will now be decided by the Madras High Court.