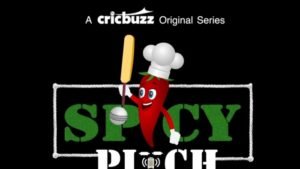 While all of us have often been engrossed in watching sportspersons’ flair on various courts, the producers of the show ‘Spicy Pitch’ have also given lawyers (and others) interested in trademarks to be engrossed in some home court activity. The Plaintiff is Greek Goddess Media, a firm engaged in production of television and web shows, documentaries and food based media content. It has approached the court against 2 defendants: Trojan Horse Media, engaged in the business of producing Over the Top (OTT) television content, and Times Internet Limited, which owns inter alia a cricket news website called ‘CricBuzz’.

The Plaintiff submitted the following facts:

Moral Rights of a Producer

The facts of the case also point to another concept that has not been claimed in the plaint. An arbitrary removal of the trademark also intersects with the copyright law in the context of moral rights. According to Section 2(d)(v) of The Copyright Act 1957, the producer is the author in respect of any cinematographic film or sound recording. Section 57 of the Act prescribes that authors have inherent moral rights over the works they have created. The Concept of Moral Rights has been discussed here in our blog.

The concept of Moral Rights in the Act enshrines 2 major rights-  i) Right to Paternity and ii) Right to Integrity. The Right to Paternity or right of attribution implies that an author has the right to claim authorship of the work. The work must be attributed to the author whenever it is used or commercialised in any manner. The Right to Integrity means that the author has the right to object to any changes to their work that may harm their reputation as an author. These moral rights are inalienable and can be enforced even if the economic rights have been transferred, as has been held in the landmark case of Amarnath Sehgal v Union of India.[i] With the above set of facts, a case of violation of the Plaintiff’s moral right to be attributed to its work can be culled out. As a producer, the Plaintiff firm can claim its moral right to be attributed to the show produced by it. Hypothetically, if such contention were made, it could be refuted by the Defendants by claiming that the Defendant No. 1 was the Executive Producer and therefore has proprietary rights over the show, thereby implying that the Plaintiff did not have any moral rights in the first place. The burden of proof would be to show authorship of the show Spicy Pitch.

Can a case of Reverse Passing Off be made?

Although not claimed in the plaint, a point to also note may be the growing importance of the Doctrine of Reverse Passing Off. While in the case of passing off, the accused uses a proprietary trademark of another party and tries to indicate that the good has originated from that party, in reverse passing off, a person passes off the goods of another as his own by not using the true trademark and/or affixing his own trademark.

The origin of this doctrine can be first traced to the case of Bristol Conservatories Ltd. v. Conservatories Custom Built Ltd., decided by the Court of Appeals of England and Wales.[ii] The Court established in this case that when the Defendant sells the Plaintiff’s work as its own, a case of reverse passing off can be made.

The Doctrine of Passing off will have to fulfill the traditional ‘Classical Trinity’ test laid down in the Reckitt & Colman Ltd V Borden Inc. case[iii], namely reputation, misrepresentation and damage to goodwill. Apart from that, the doctrine can also be considered as an extended arm of prevention of unfair competition, an obligation embodied in Article 10bis of the Paris Convention for protection of Intellectual Property, 1883.

It is the author’s opinion that the doctrine of reverse passing off may also be a successful arguendo in the instant case. By removing the Plaintiff’s trademark from the credits of the show, the Defendants have tried to pass of the goods as their own. They have misrepresented the show as being solely created by them and the Plaintiff can again claim substantial damage to their reputation due to the reasons mentioned above. On the other hand, the Defendants may be able to claim that there has been no damage to reputation and goodwill, and that no misrepresentation has been made as the Plaintiff has been adequately credited in by mentioning the name of one of the partner of the Plaintiff as Creative Director in the closing credits, along with the fact that the Plaintiff’s logo appears in the opening credits. They may also claim that the Plaintiff did not have legitimate proprietary rights over the show, and therefore the removal of their trademark does not amount to unfair practices.

Regardless of its application to the instant case, it would be amiss to not mention the growing relevance of the doctrine. Removing trademarks from goods and selling the products as one’s own is increasingly gaining momentum. Better quality products are being passed off under other brand names, often leading to profit making without putting in the investments. With very little jurisprudence in this area, courts and traders alike need to be more prudent in the manner in which their products are reaching the markets.