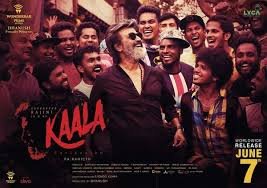 As per reports, producers of the film ‘Kaala’ viz. Wunderbar Films Pvt Ltd, K Dhanush and his wife Aishwarya have filed a petition in the Karnataka High Court seeking directions to the state government and Karnataka Film Chamber of Commerce (KFCC) for smooth release of the film.

The petitioners have submitted that it is the fundamental right of the petitioners under the Constitution to exhibit the film. According to petitioners, the film  is made by expending Rs 140 crores and they are expecting gross revenue of Rs 15-20 crores from screening the same in Karnataka.

As reports, the petition mentions that “CBFC has issued a certification under Section 5B of the Cinematograph Act, 1952, for the release of ‘Kaala’ after following due process and adhering to all guidelines. After receiving such a certificate, it is the fundamental right of the petitioner under Article 19(1) of the Constitution to exhibit the film”.

The petitioners also have sought security at theatres and for movie-goers, directors, producers and cast associated with ‘Kaala’ in Karnataka.

They have made the government, home department, state police chief, Bengaluru city police commissioner, Central Board of Film Certification and KFCC as respondents in their petition.

KFCC took a decision to neither distribute nor screen ‘Kaala’ in Karnataka following Rajinikanth’s alleged views on the Cauvery dispute, demanding release of water to Tamil Nadu as per Supreme Court direction. KFCC President Sa Ra Govindu on 30 May had issued a press statement saying the film will neither be distributed nor screened anywhere in Karnataka. Several pro-Kannada organisations had made representations to Chief Minister HD Kumaraswamy requesting a ban on ‘Kaala.’

The film is scheduled to release worldwide on June 7.