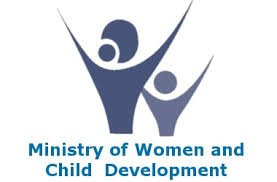 As per reports, based on the observations made by Parliamentary Standing Committee and recommendation made by the National Commission for Women on the basis of consultation with civil society groups and like-minded individuals, the Ministry of Women and Child Development has proposed amendments in Indecent Representation of Women (Prohibition) Act, 1986 keeping in mind the recent technological advancement in the field of communications such as social media platforms, over the top services etc.

The Government of India enacted the Indecent Representation of Women (Prohibition) Act, 1986 to prohibit indecent representation of women through advertisements, publications, writings, paintings, figures or in any other manner. Since the enactment of the Act, technological revolution has resulted in the development of new forms of communication, such as internet, multi-media messaging, cable television, over-the-top (OTT) services and applications e.g. Skype, Viber, WhatsApp, Chat On, Snapchat, Instagram etc.

Keeping in mind these technological advancements, the WCD decided to widen the scope of the law so as to cover such forms of media on one hand and to strengthen the existing safeguards to prevent indecent representation of women through any media form on the other. Hence, the Indecent Representation of Women (Prohibition) Amendment Bill, 2012 was introduced in Rajya Sabha December, 2012 which referred the Bill to Department related Parliament Standing Committee for consideration.

The reformulated Bill proposes following amendments in the parent Act:

While the intent of the Ministry does not seem to be to censor content on digital platforms but to deal with problems such as revenge porn, rape videos, etc, the proposed Amendment would inevitably have implications on OTT platforms as well. Fortunately for the intermediaries, the Shreya Singhal vs Union of India judgement requires that removal of content online may only occur if an adjudicatory body issues an order compelling intermediaries to remove the content. The said decision shields intermediaries from liability unless they fail to comply with an order directing them to remove the illegal content, rather than merely a private party request.