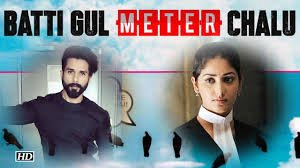 The order was passed in a suit filed by Super Cassettes Industries Pvt. Ltd (SCIL) in relation to the co-production agreement entered by it with Kriarj Entertainment for ‘Batti Gul Meter Chalu’ (BGMC). SCIL’s case was that it has entered into a film production agreement with Kriarj pursuant to a MOU for the film BGMC by which the parties had agreed to jointly produce, jointly fund and jointly own the film. SCIL and Kriarj were to each invest an amount of INR 12.5 crores towards the film. Under the agreement there was an express bar on the parties from alienating their share and obligations or creating any third-party rights in the film without first obtaining the written consent of the other party. SCIL’s case was that Kriarj without knowledge of Super Cassettes, entered into multiple agreements with third parties, took loan from them and sought to create encumbrances upon the film agreement. Kriarj had terminated the agreement with SCIL due to Kriarj’s financial constraints and handed over the complete ownership of the film to SCIL. SCIL subsequently entered into a fresh co-production agreement with Kriti Pictures LLP (Defendant 4) for completing the production of the film.

SCIL’s claim was that the third-party agreements entered by Kriarj without the consent of SCIL were being used against them to interfere in SCIL’s lawful exploitation of BGMC. SCIL further claimed that one such party which was threatening to sue SCIL for recovering its money and stalling the film project was Easy Trip Planners Pvt. Ltd(Defendant No.2 ). Another such party was Gothic Entertainment (Defendant 3) which had already attempted to stall the film by filing a petition under Section 9 of the Arbitration and Conciliation Act, 1996 before the Bombay High Court in which SCIL was also impleaded.

SCIL accordingly sort declaration that all such third-party agreements be declared void and Defendants 1 to 3 i.e. Kriarj, Easy Trip and Gothic be restrained from creating any third-party rights in the film or interfering with the exploitation of the film.

The Defendants argued that SCIL was aware of the correspondence/ agreements entered into between Kriarj and Easy Trip and Gothic where Kriarj was asking them to invest money in various movies including BGMC. The defendants also referred to the Bombay High Court order of May 22, 2018 in the matter of Gothic Entertainment vs Kriarj Entertainment & Ors where SCIL was also a party.

Justice Yogesh Khanna noted that a perusal of the documents between Kriarj with Easy Trip and Gothic, respectively, were primarily investor agreements and it appeared that Kriarj has siphoned off the money of Easy Trip and Gothic and hence it would be appropriate if defendants file the written statement & reply to the injunction application along with the documents they wish to rely on within four weeks.

While restraining the defendants from interfering in the completion of the film BGMC and its further exploitation by SCIL, the Court however directed SCIL to deposit the money it receives from creating the rights in the film in an Escrow account to be maintained by SCIL and which shall be subject to further directions of the Court.