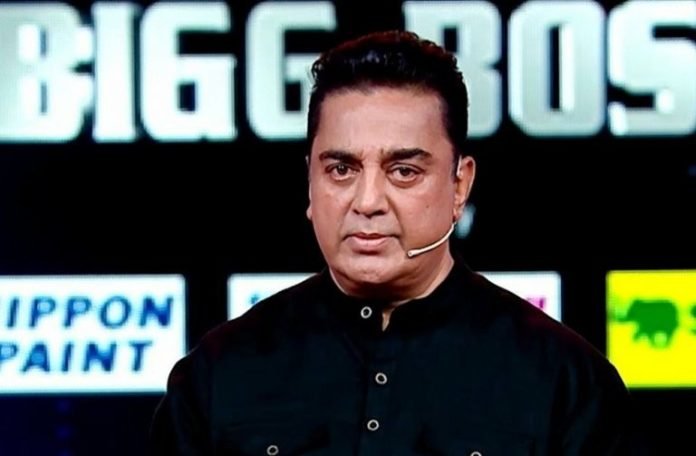 As per reports, a police complaint has been filed against actor turned politician Kamal Haasan with the Commissioner of Police, Greater Chennai, for defaming late Chief Minister Jayalalithaa on Bigg Boss 2. The Complainant has requested that action be taken against the actor-turned-politician for endorsing and promoting his political moves through the reality TV show, Bigg Boss. The complaint has been filed by a Madras High Court Advocate, Louiseal Ramesh.

The complainant referred to the TV show aired on Vijay TV everyday between 9.00 pm and 10.30 and recalled a particular episode that played on July 31. Referring to a recently aired episode, the complainant said that one of the contestants spoke disparagingly of former Chief Minister J Jayalalithaa. The complainant said the show was scripted by Kamal, who is the host, and the producer, Endemol Shine India.

In her complaint, Louiseal pointed out that contestant Rithwika’s remarks implied that former CM Jayalalithaa’s rule was tyrannical and that contestant Aishwarya, who comes from the north, might not know what happened to the previous dictator this state saw. She added that Kamal was being disrespectful and defaming Jayalalithaa for his own political gains, especially in an upcoming episode said to air on August 4.

Previously, Hindu Makkal Katchi had filed a complaint against host Kamal Haasan demanding the show to be banned, alleging that the show “hurt sentiments with its obscene content”.