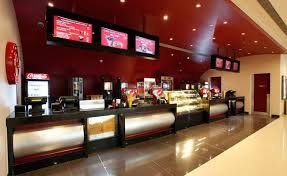 As per reports, following the recent Bombay High Court order in which the Maharashtra Government had informed the court that it may soon formulate a policy on the issue of cinema patrons being restricted from bringing their own food inside the cinema hall premises, a Chandigarh based advocate Pankaj Chandgothia has written to the deputy commissioner-cum-chairman of consumer protection council regarding control of exorbitantly high food and beverage prices in the city’s cinema halls, both in single-screens and multiplexes, FSSAI markings and approvals on food products sold there and the unauthorised restrictions on cinema-goers in the city.

A representation in this regard had already been filed twice earlier by another advocate Ajay Jagga, who is also a member of the consumer protection council.

In the recent representation, Chandgothia has requested for a policy to regulate prices of food and beverages in cinema halls. “Cinema halls or multiplexes in the city are selling food and drinks at exorbitant prices. The cinema-goers are not even allowed to carry their own refreshments, not even water, inside the premises. By this, they force the movie-goer to buy refreshments from inside at high prices. The customers do not have any choice and the vendors use their monopoly to exploit the customers. The Chandigarh consumer protection council is the appropriate body to take corrective action in this regard. The mutiplexes function on the basis of licence issued by the district magistrate and the ticket prices are also subject to regulation and approval. Therefore, all the activities and sales at the licensed premises should be regulated especially with regard to price and quality,” said Pankaj Chandgothia.

According to Jagga, prohibition of movie-goers is illegal. “The fundamental rights of movie-goers are being violated by cinemas, by prohibiting them from bringing food and beverages. This is being done to earn huge profits from selling the items at very high prices. Now, Bombay high court, in a PIL, has conveyed that either allow no food or beverages inside or allow everyone. The act of prohibition by cinemas is absolutely unconstitutional. Administration too must take action. Else, the ‘Goonda Raj’ of cinemas will continue.”

Last year, the Supreme Court in the case of Federation of Hotel and Restaurant Association of India vs Union of India, had allowed hotels and restaurants to sell bottled water and other packaged products above the maximum retail price, saying that they also render a service and cannot be governed by the Legal Meterology Act.

It would have to be seen if the same ruling is eventually applied in relation to packaged commodities sold in multiplexes.