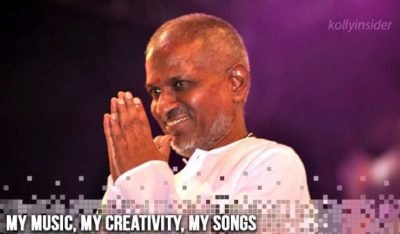 As per reports, the Madras High Court on March 27, 2018 reserved its judgment on a civil suit filed by Malaysia-based music label Agi Music in 2013 accusing music composer Ilaiyaraaja of having breached the terms of a 2007 assignment agreement through which he had reportedly assigned his copyright in relation to the songs composed by him to his wife who, in turn, had supposedly entered into a Sound Recording Licensing Agreement  with the plaintiff company.

Justice Anita Sumanth also deferred her verdict, on a separate suit filed by Mr. Ilaiyaraaja in 2014 to restrain Agi Music, Echo Recording, Giri Trading Company and others from selling his compositions. On August 18, 2015, the first Division Bench, comprising the then Chief Justice Sanjay Kishan Kaul and Justice T.S. Sivagnanam, had consolidated both the suits and ordered joint trial.

Thereafter, Justice M. Sathyanarayanan vide order dated November 27, 2015 framed eight issues in Agi Music’s civil suit and 14 issues in the composer’s suit for trial and adjudication. The issues framed by the judge included Mr. Ilaiyaraaja’s entitlement to claim copyright over the songs composed by him for movies produced by others, whether he could be called the ‘owner’ of the sound recordings in those movies and whether the assignment agreement as well as Sound Recording Licensing Agreement was legally valid.

It was also decided to find out whether Echo Recording had obtained rights of the sound recordings from the producers as claimed by it and whether the composer was entitled to any relief against the music label in view of the agreements entered between it and the producers. The court would ultimately rule as to whether Mr. Ilaiyaraaja had breached the terms of the assignment agreement or whether Agi Music had infringed his copyright.

Unlike the process followed in other civil suits where a Court Master records evidence, the first Division Bench had appointed retired district judge B. Gokuldass to record the evidence in the present suits in order to ensure early disposal. After completion of the process, the matter was taken up for final hearing by Ms. Justice Sumanth who heard extensive oral arguments advanced by both sides and took on file voluminous documentary evidence before reserving her verdict.

As per reports, in his plaint, Mr. Ilaiyaraaja had claimed to have composed more than 4,500 songs in his four-decade-old career which had earned him the reputation of being the only individual to have scored music for more than 1,000 movies. He has accused the music labels of monetising his compositions without his permission and thereby committing the serious offence of violating the provisions of the Copyrights Act of 1957.