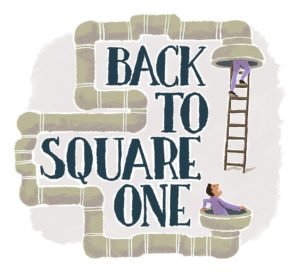 The end of 2020 and beginning of 2021 saw two landmark decisions which would change the face of music industry in India, the first one being of IPAB’s decision on radio royalties in the first statutory licensing case (Music Broadcast Limited vs Tips Industries Limited & Ors) under Section 31D for fixation of royalties for radio broadcasting. Read here. And second one being a diametrically opposite decision of the Delhi High Court in the case of Indian Performing Rights Society vs Entertainment Network India Limited tagged along with Phonographic Performance Ltd & Anr vs CRI Events Private Limited & Ors. Read here.

For the purpose of this post, I would be delving only on the issue of publishing royalties.

In the IPAB radio royalty case, the radio broadcasters had applied for statutory license only in relation to sound recording works, their interpretation being that radio broadcasters do not require a separate underlying works license when a sound recording is communicated to the public in view of several court decisions including IPRS vs Aditya Pandey. On 20 September 2016, the decision in International Confederation of Societies of Authors and Composers v. Aditya Pandey &Ors. 2016 (68) PTC 472 (SC) was passed by the Hon’ble Supreme Court affirming the Aditya Pandey single bench and division bench decisions while acknowledging that the 2012 amendments have come into force after the first two decisions and that the said decisions being interim orders are of no legal effect in so far as the merits of the suit was concerned.

Thereafter IPRS filed an intervention application before the IPAB which was allowed by IPAB and impleaded IPRS as a respondent. While delving into the issues qua IPRS, the IPAB was faced with the question as to whether IPRS is entitled to royalties when a radio broadcaster broadcasts sound recordings. If so, then from whom and what is the impact of the Section 18 provisos? Whether two separate licenses are required to be taken under Section 31D for sound recording and underlying works? Whether two royalties are needed to be paid under Section 31D, one for sound recording and other for underlying literary and musical works?

On the issue w.r.t to whether two separate royalties are required to be paid, the IPAB went into the legislative intent behind the 2012 Amendment, statement of objects and reasons, standing committee report  and concluded that separate royalties are required to be paid for sound recording on one side and underlying works on the other as the objects behind the 2012 amendment make it clear that the rights of the authors and music composers are independent in the cinematograph films and their rights to receive royalty from the commercial exploitation along with film is recognized by way of amendment. It further observed that:

With respect to the issue on who is required to pay these royalties, the IPAB observed that:

On the issue of whether the relief should be granted in the form of a licensed only under the head “sound recording” the IPAB concurred with arguments for counsels representing the music labels that its merely a matter of semantics whether there exists a two licenses separately issued under Section 31 D and/ or whether there exists a one composite license containing two distinct rates, one for the producer/ assignee and another for the exercise of the shared right between the assignee and authors of the literary works and musical works. It accordingly concluded that the rates in composite form, out of which some rate is applicable to exercise of joint right between the authors and assignee, the tribunal is ultimately providing access to single unit or work only viz Sound Recording for which, the license is sought for by the Petitioners.

After judgement being reserved for almost over three years, the Delhi High Court on January 4, 2021 pronounced the judgement in the long-standing case of IPRS vs ENIL clubbed along with PPL vs CRI Events Private Limited.

In 2006, IPRS had filed a case against ENIL (Radio Mirchi) alleging that in the year 2001, ENIL had entered into agreements with IPRS for broadcast of music in seven cities in India and though ENIL commenced broadcasting in three new cities in India it did not obtain a license from IPRS thereby repudiating its rights and that such broadcast in three new cities without procuring permission from IPRS amounts to infringement of the public performance rights of IPRS. IPRS accordingly sought permanent injunction and damages against ENIL.

Another suit was filed in 2009 by PPL and IPRS against CRI Events Private Limited pleading that CRI, an event management company, was organising events, also at the Nitish Kunj banquet hall, where music was played, without obtaining license from PPL or IPRS and were thereby infringing the copyright held by PPL and IPRS and seeking the reliefs of, (a) permanent injunction restraining them from causing communication to the public of sound recordings of PPL’s repertoire by way of mechanical devices or any other means and from communicating to the public the literary works and/or musical works of IPRS’s repertoire; and, (b) recovery of damages.

These matters kept getting adjourned or dragged for over a decade. They were at some stage dragged due to the parallel proceedings in the IPRS vs Aditya Pandey case which went right till the Supreme Court and then back to the Delhi High Court. Covered here.

Broadly, the Delhi High Court held as under:

What does this mean for the publishing industry in India?

The difference between the two decisions is as under:

It would have to be seen if this decision is applied only to radio broadcasting or extended to other mediums of exploitation as well which may have a catastrophic impact on the music publishing royalties in India.

In several jurisdictions across the world, publishing rights have more value than master rights and get a higher royalty share as against India where publishing share is of comparatively miniscule value.

Mr. Atul Churamani, Managing Director of Turnkey Music & Publishing Private Limited which recently locked the sub-publishing deal with Kobalt, one of the leading publishers in the world, had to say the following about the Delhi High Court judgement:

The judgement by the Delhi High Court reinforces my belief that copyright matters should be adjudicated only by a Copyright Tribunal, in our case this being the IPAB.
The latter delivered an excellent judgement in the radio royalty case, recognising the rights to both the sound recording and underlying works, which was the whole point of the 2012 Amendment. Judgements like Delhi High Court one cause confusion, more litigation and prevent the music industry from unlocking its true potential. Judgements like this also vindicate my stand that the current Copyright Act needs to be rewritten completely instead of making more amendments to it, which will cause further confusion. it’s like a car manufacturer trying to keep improving the model he created in 1957 instead of making a new one!

The most unfortunate part remains that it took over eight years for a decision to come interpreting these provisions post 2012 Copyright Amendment and the two contradictory decisions have taken us back to square one with only more ambiguities and anomalies to deal with. The Delhi High Court decision miserably fails to deal with the legislative intent behind the 2012 Amendment and go into sound reasoning behind the decision laid by it. 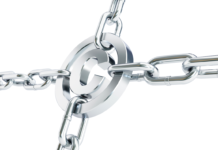