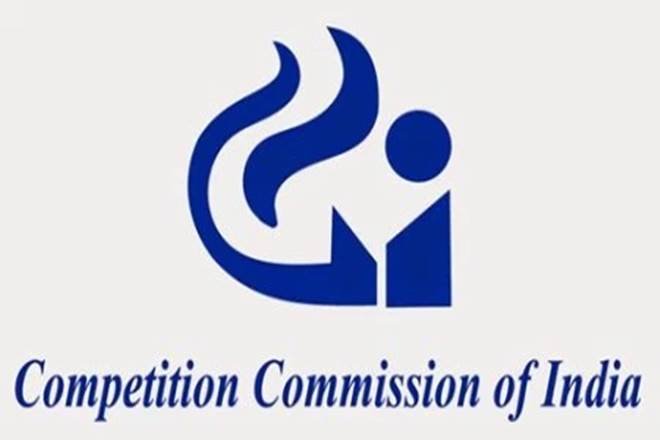 The Competition Commission of India (CCI) vide order dated August 30, 2018 has imposed a penalty of INR 9.72 Lacs on Karnataka Film Chamber of Commerce (KFCC), INR 15,121 on Mr. Sa. Ra. Govindu and INR.2,71,286 on Mr. Jaggesh for indulging in anti-competitive conduct by impeding entry and screening of dubbed films in Karnataka and in particular the Informant’s film “Sathyadev IPS” thereby violating the provisions of section 3(1) and section 3(3)(b) of the Competition Act, 2002. Besides passing cease and desist orders against the offenders, it also directed KFCC to bring in place a Competition Compliance Manual to educate its members about the basic tenets of competition law principles. [Read order here]

The case was filed by the film producer G Krishnamurthy before CCI to initiate inquiry against anti-competitive conduct of organisations like KFCC and Kannada Okkuta, and individuals Vatal Nagraj, Jaggesh and Sa Ra Govindu, President of KFCC. Accordingly, the Commission directed the Director General (DG) to cause an investigation and submit the report.

It was the producer’s case that he had acquired dubbing rights from M/s Sairaam Creations, of a Tamil film named ‘Yennai Arindhal’. Since the time he started dubbing the film from Tamil to Kannada language, the Opposite Parties set up numerous roadblocks and hindrances for him besides threatening his technical workers and dubbing artists. Despite such obstacles, the film was completed and named Sathyadev IPS. On receiving certification from the Central Board of Film Certification, Chennai, the producer entered into arrangements with various distributors and exhibitors for the release of the said film. Prior to the release of the film, the opposite parties started a social media campaign and threatened the local distributors/ theatre owners to commit acts of violence to prevent the screening of the film. Because of these protests accompanied with YouTube videos, Twitter posts news reports and media coverage of the protests, only a handful of theatres screened the film. This caused huge losses to the producer. Even after the release, the protests against the film continued. They even created vandalism in few theatres where the film was screened.

KFCC is a representative body of the entire Kannada film Industry comprising of producers, directors, technical staff, distributors and exhibitors of films having more than 5000 members under different member categories. Generally, it is on the recommendations of this body that clearances as to title registration, publicity and tax exemption are granted to producers. Mr. Sa Ra Govindu is in the business of film production for the past 35 years and is the Honorary President of KFCC. Kannada Okkuta is an unregistered Association, purportedly formed for the purpose of protecting Kannada language, Kannadiga pride and culture. Mr. Vatal Nagraj is a local politician, elected MLA five times in the past and at present, is the Convener/ President of Kannada Okkuta. Mr. Jaggesh is an Actor, Producer and a two time former MLA.

The Informant informed the Commission that in the past too, many attempts have been made to prohibit dubbing in the Kannada Film Industry by these parties. Collectively, these parties have played an instrumental role in creating entry barriers for the producers, distributors and theatre owners in the State of Karnataka, on the ground of protection of language, culture and livelihood of artists/technicians of Kannada film industry, thus severely impacting competition in the market of Karnataka. For example, the film ‘Bahubali’, which got dubbed in Hindi, Tamil and Malayalam, did not get dubbed in Kannada language, as KFCC did not permit the same. Few other examples being teleseries ‘Jhansi ki Rani’ and Aamir Khan’s show ‘Satyamev Jayate. KFCC has also been penalised by CCI in the past for violating the provision of the said Act. In yet another Case – Kannada Grahakara Koota & Anr v/s KFCC (Case No.58 of 2012), the Informants alleged that they have, at various times in the past few years, been deprived of viewing various shows/films that were produced in a language other than Kannada by KFCC and other parties.

Findings of the DG:

The DG mentioned in the Investigation Report that though members of OP-1 and OP2 tried to argue that their actions are intended to protect the Kannada language and culture, however, such arguments are not sufficient to save them from liability under Section 3(1) of the Act. That based on the evidence collected during investigation, the OPs have been in tacit understanding to create entry barriers for producers, distributors and theatre owners in the state of Karnataka, which has appreciable adverse effect on competition, in the market of Karnataka and these actions on the part of the OPs are in clear contravention of Section 3(3)(b) of the Act. The DG also found that the OPs had actively engaged in creating entry barriers for the dubbed cinema producers, by protesting against and threatening the distributors and theatre owners, which is an anti-competitive act and in clear violation of Section 3(1) read with Section 3(3)(b) of the Act.

The DG in his report found OP-1 guilty of recidivism stating that despite CCI’s earlier order in case NO. 58/2012 to cease and desist, OP-1 continued to participate in anti-competitive conduct of creating entry barriers for dubbed Kannada content.

The DG in his report said “Such conduct not only denies the customers the opportunity to watch dubbed cinema which may be entertaining or have some social message, but also discourage the artists/producers/exhibitors to actively participate in the promotion of dubbed cinema and deprive them of their livelihood”.

On perusal of the Investigation report of the DG, the submissions of the parties, and the evidence on record, the Commission was convinced that the collective action and the anti-competitive conduct by all the opposite parties severely impacted the production, supply, and screening of the film, thus causing huge losses to the producer. It concluded that such conduct was in violation of the provisions of Section 3(1) read with Section 3(3)(b) of the Act, and was aimed at ousting the dubbed Kannada films out of the market. It further concluded that the act of the opposite parties resulted in adverse effect on competition (AAEC) in terms of Section 19(3)(a) and Section 19(3)(c) of the Act as it had created barriers for new entrants in the market, in as much as dubbed films have been prevented from competing with regional Kannada films.

Since Kannada Okkuta and Vatal Nagraj had failed to furnish their financial details despite sufficient opportunities, the Commission decided that a separate order regarding penalty would be passed in due course.

It is high time such anti-competitive activities are nipped in the bud. The CCI had rightly held that creation of entry barriers for dubbed Kannada cinemas on the ground of protection of language, culture and livelihood of artists/ technicians of Kannada film industry is non-justifiable. Film makers need to have a choice of dubbing their films in any language they want. Likewise, viewers should have the choice to watch the film in the language of their choice. The activities of such organizations clearly falls foul of the competition law provisions.