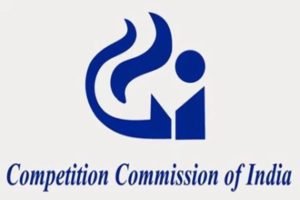 The Cine Dancers Association, Junior Artistes’ Association and Movie Action Dummy Effect Association has filed a petition before the Bombay High Court challenging the order passed by the Competition Commission of India on October 31, 2017 in the matter of Vipul Shah v/s All India Film Employee Confederation. The petition has been filed against Vipul Shah and 26 other parties.[i] Respondent 2 to 26 being formal parties as no reliefs have been sought against them (Refer to the end note for the list of respondents). Respondent No. 27 being the CCI.

The CCI vide its order on October 31, 2017 had found the All India Film Employees Confederation (WIFEC), FWICE & its affiliates and certain producer associations i.e. IMPPA, Film and Television Producers Guild of India and IFTPC to be in contravention of Sections 3(3)(b) and 3(3)(c) read with Section 3(1) of the Competition Act, 2002. Section 3 of the Competition Act deals with anti-competitive agreements.

Gist of the CCI order

The order was passed in an information filed by film producer Vipul Shah who had alleged that certain provisions of the MOU dated October 1, 2010 entered between FWICE and producer associations were anti-competitive. Key provisions being:

The CCI found clause 6 and 18 of the MOU as violative of Section 3(3)(b) read with Section 3(1) of the Act since they were in the nature of limiting the supply and distribution of films on account of (i) the mandatory requirement under the MoU to obtain a no objection certification from the trade associations availing the services of the non-members; and (ii) restricting the producers to provide/avail only those services that were specifically permitted under the MoU. Further, the directive to engage dancers/ fighters in the ratio of 70:30 was also found to be in contravention of Section 3(3)(c) of the Act. With respect to clauses on fixation of wages, payment for extra shifts, etc, the CCI observed that these could have the effect of fixation of prices when read with Clause 6 of the MoU. However, given that wages and increment were also conditions of labour, they could fall within the realm of legitimate trade union activity. Therefore, this was not held to be in contravention of Section 3(3) of the Competition Act.

In terms of penalty, the CCI, after considering various factors such as the existence of the practices covered under the MoU since 1966 as a mechanism for resolving disputes; members of some of the associations being daily wage workers; and only two clauses being violative of the Competition Act, noted that issuance of cease and desist orders would be sufficient to meet the ends of justice. Further, the CCI affirmed the DG’s finding in relation to EIMPA, NIMPA and SIFCC and did not issue any orders against them on grounds of them not being signatories to the MoU.

Some of the Opposite Parties had argued before the CCI that trade unions were immune from the provisions of the Competition Act and since the subject matter under consideration was an industrial dispute, the CCI did not have jurisdiction in this matter. The CCI had however rejected this argument primarily since Section 18 of the Trade Unions Act, 1926 granted immunity to trade unions from suits or other legal proceedings in any Civil Court and did not preclude the application of the Competition Act. Further, that unlike the Monopolies and Restrictive Trade Practices Act, 1969, the Competition Act did not expressly exempt trade unions from its provisions. The CCI had observed that it is not a Civil Court and is only vested with certain powers of a Civil Court under the Act for the discharge of its functions vide Section 36 of the Act.

With respect to the contention of the Opposite Parties that their dispute was between workmen and employers and due to the provisions of the Industrial Disputes Act, 1947, interference by the CCI under the Competition Act, 2002 was barred, the CCI ruled that Section 2(k) of the Industrial Disputes Act, 1947 defined industrial disputes in terms of matters that pertained to employment or non-employment or the terms of employment or with the conditions of labour. Therefore, matters such as exclusive member to member engagement covered under the MoU did not affect conditions of labour or terms of employment, but rather affected the supply of services in the market, thereby, falling within the purview of the Competition Act.

The Opposite Parties had further contended that they were not enterprises within the meaning of Section 2(h) of the Competition Act and, thus, could not be proceeded against under the provisions of the Competition Act relating to anti-competitive agreements. Further, they argued that an agreement between the Artists’ Associations and Producers’ Associations could not be termed as a horizontal agreement given that the artists and producers were vertically linked. The CCI rejected these arguments as well holding that Section 3 of the Competition Act applies not only to enterprises but also to association of enterprises and association of persons. While the Opposite Parties, as trade unions, were themselves not engaged in any activity as part of the production or supply chain, the MoU was observed to be a horizontal agreement by the CCI, given that the Opposite Parties signed the MoU as representative of entities operating in the same market.

The petition which has been filed by the Cine Dancers Association before the Bombay High Court challenges the CCI Order, inter alia on the following grounds (which are more or less same as were raised by the Opposite Parties before the CCI):

As per the information available on the Bombay High Court website, the matter is listed on July 2, 2018. 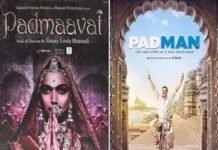 CCI dismisses complaint against producers of Padmaavat and Padman alleging collusion over sharing the market by changing the release date of the two films...