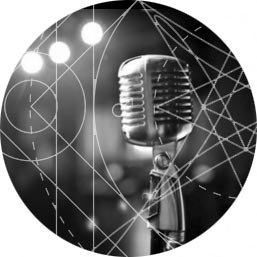 We had earlier covered the ad-interim injunction order given by the Bombay HC to PPL, in lieu of its anticipation of copyright infringement at New Year eve events, on the blog. Novex too had taken a similar stand before the Bombay as well as the Madras Court as reported here and here. The commercial division of the High Court has granted such injunctions against various hotels, restaurants, restro-pubs and clubs (for instance – Tap Resto Bar, Bora Bora, Caravan Seria, Hometown Cafe, Red Box Cafe, Global Fusion, China gate restaurants, Matahaari, Andheri Recreation club, Cricket Club of India, Peninsula Grand Hotel Mumbai etc.), on the occasion of them not seeking a license or playing such songs without giving an undertaking to obtain a license for the same.

A single bench of Justice M.Sundar of the Madras HC has provided for such injunctions, recognising the imminent threat of songs owned by the plaintiff being played without entering in a proper license agreement leaving the owner of the musical work high and dry, which establishes an irreparable legal injury. The court has recognised the balance of convenience as well, in favour of the plaintiff as the defendant can still play the songs post legally obtaining a license for the same. Hence upon fulfilling these elements of an interim order, the court has ordered for such injunctions. However, the court has deemed it appropriate to state that all such agreements entered into and tariff paid by the defendants to the plaintiff will be subject to the outcome of the instant application/main suit. Read orders here and here.

A single bench of Justice S.J.Kathawalla has on multiple instances ordered for an interim injunction or have taken a compulsory undertaking to license, in lieu of the same issue. On one occasion the court has ordered:

This, although, has been ordered as an interim measure, until the defendant appears before the court acknowledging an undertaking in lieu of the license.  However, upon the failure of the defendant to appear before the court after email as well as hand delivery of the order, the court has enforced the same until 4th January. Order can be accessed here.

Even in a case against Goldenglobe hotels private limited, Novex has managed to seek an injunction, after prima facie establishing its ownership in the sound recordings claimed before the court. This will be on occasion of the defendant playing the sound recordings owned by the plaintiff without obtaining a license for the same. Further to ensure that Novex is not over-compensated, the court has ordered the defendant to show the recording of the whole event to the plaintiff within 15 days, for it to fairly ascertain the actual amount accruing. The order can be accessed here.

Also, on various occasions, the court has taken into account undertakings wherein the defendants have agreed to seek a license before playing the songs at the event. The orders can be accessed here, here, here and here. Also, the court has denied any injunction post such an undertaking (here).

PART 2: ANALYSIS OF THE GOOGLE v. ORACLE US SC HEARING