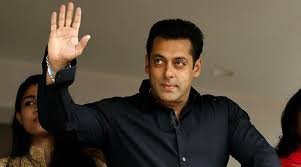 The Supreme Court on April 23, 2018 stayed “further proceedings, including investigation” in cases filed against Salman Khan under the Scheduled Castes and Tribes (Prevention of Atrocities) Act, 1989 in Rajasthan and three other states for alleged offensive remarks against the Valmiki community members during the promotion of his film ‘Tiger Zinda Hai’. Read order here.

A bench comprising of Chief Justice Dipak Misra, Justices A M Khanwilkar, and D Y Chandrachud considered the plea of senior counsel NK Kaul, representing the actor, that the proceedings in the following FIRs and criminal complaints be stayed.

Salman Khan’s petition said the word was not aimed at or directed towards the Valmiki community and was merely used to describe his appearance in a dance sequence of the film.

“In such a situation, there was no question of humiliating or hurting the sentiments of the community. So, there was no case against him maintainable under SC/ST Act,” he argued.