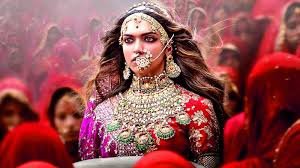 The Supreme Court today dismissed a petition filed by Swami Agnivesh seeking deletion of the Jauhar scenes from the film ‘Padmaavat’.

As per reports, the petitioner argued that the scenes of jauhar – the medieval custom of Hindu women immolating themselves in huge groups to avoid capture by invaders – were promoting the practice of sati.

A bench headed by Chief Justice Dipak Misra rejected the petitioner’s plea for a First Information Report against producer and director Sanjay Leela Bhansali for glorifying jauhar. “Once the Central Board of Film Certification clears the movie, deletion of scenes cannot be ordered,” the bench, also comprising judges AM Khanwilkar and DY Chandrachud, said.

As reported here, the Delhi High Court had earlier vide its judgement dated February 22, 2018 dismissed the writ petition filed by Swami Agnivesh seeking directions to the CBFC to take appropriate steps to stop glorification of the practice of ‘Sati’ by deleting the relevant scenes from the film ‘Padmaavat’.

Padmaavat seems to be the most litigated film in the history of Indian cinema with over 35 litigations already taken place so far.