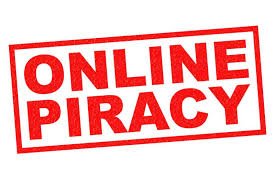 As per reports, the Maharashtra Cyber Digital Crime Unit (MCDCU) has pulled down 11 websites after receiving complaints from the entertainment industry that pirated content was available on these websites.

The MCDCU was started in August 2017, for systematically eliminating websites that upload pirated content. The initiative was launched under the directives of the home department after the film industry approached the state’s chief minister to complain about the losses they face due to online piracy. The MCDCU is formed in association with Motion Pictures Association of India, Producers Guild and Indian Music Industry.

Brijesh Singh, special Inspector General of Police, Maharashtra cyber cell stated that the collective viewership of these websites was over 80 million. He added that an exercise to suspend 89 other websites, that have foreign based domains, but a large Indian viewership, is on.

Laxman Kamble, the lone police inspector attached to the state government’s Cyber Cell, said in a bid to contain piracy, a multi-stakeholder model has been created on a pilot basis. Mr Kamble said the pilot project was started after Chief Minister Devendra Fadnavis received complaints from media conglomerates Viacom and Star. He said that based on London metropolitan police’s ‘PIPCO’ unit and according to conditions favourable in India, around 9,000 websites, through which piracy activities are taking place have been studied and 19 parameters have been applied to shortlist these portals.

Recently, the Padmaavat makers had also approached the MCDCU in relation to the film’s heavy online piracy.