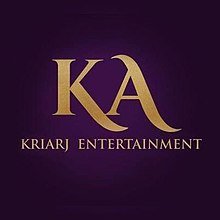 As per reports, Nishant Pitti, the chief financier, and producer of films like ‘Batti Gul Meter Chalu’ starring Shahid and Shraddha Kapoor and ‘Fanne Khan’ starring Aishwarya Rai Bachchan and Anil Kapoor, is in the process of moving the court against Prerna Arora of KriArj Entertainment for fraud. Reportedly, the names of Bhushan Kumar of T-Series and Director Shree Narayan Singh have been added to the case.

Nishant Pitti has already approached the Economic Offences Wing against alleged offenses committed by the trio. He has been reported to say “I have paid Rs. 14 crores to Prerna Arora for Batti Gul Meter Chalu and Fanne Khan. How can someone take the film over without paying me my money?”. Pitti has apparently furnished documents of payments and copies of emails exchanged on the Batti Gul Meter Chalu project.

Kriarj Entertainment has been amidst several legal disputes recently. As per the information received, in the arbitration petition filed by Gothic Entertainment against Kriarj Entertainment and 15 other parties, where Gothic had claimed an amount of around INR 18.32 crores from Kriarj towards investments made for films like Padman and Parmanu, the Bombay High Court has vide order dated May 22, 2018  disposed of the arbitration petition and appointed Justice Vazifdar as the arbitrator. Sony has been asked to deposit all monies payable to Kriarj towards Padman to be deposited in the court. Further Kriarj has been asked to deposit INR 5 crores in the court. A separate post would be carried out on this matter, once the order is uploaded.