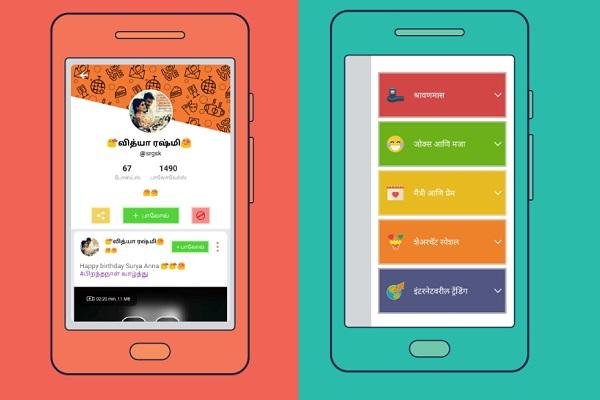 The subject matter of the suit revolves around ByteDance Inc.’s mobile application “Helo”, launched in July this year and having 5-10 million active users in India, that Mohalla Tech Pvt. Ltd. alleges has indulged in not only copyright infringement of its mobile application “ShareChat” but also passing off. Accordingly, ShareChat has sought an injunction against ByteDance’s Helo.

The matter first came up for hearing on 26th October, 2018 before a single-judge bench of the Delhi High Court comprising of Justice Pratibha Singh.

In its submissions to the court, ShareChat alleged that ByteDance’s Helo is a ‘complete copy’ of ShareChat and has copied the features, ‘look and feel’ and also certain icons that appear on ShareChat.

In addition to infringement of copyright, the counsel appearing for ShareChat submitted that ByteDance is also passing off its ‘Helo’ application as ShareChat or as being affiliated with ShareChat. To substantiate its submission, the counsel stated that if a user searched for the word “ShareChat” on Google’s database, ‘Helo’ appeared as one of the first search results, only to prove that ‘Helo’ has engaged in ‘ambush bidding’ for the keyword ‘ShareChat’ on the Google ad-word program.

Interestingly, ByteDance voluntarily agreed to deactivate the use of the mark ‘ShareChat’ or any identical or deceptively similar mark on the Google ad-word programme, without prejudice to its rights.

The court ordered accordingly and also directed Google, a defendant in the case to deactivate ByteDance’s use of ‘ShareChat’ or any identical or deceptively similar mark” on its ad-words platform within 48 hours. The court also directed ByteDance to file an affidavit in response to the injunction application, if they wished so. The order can be accessed here.

On the date of the next hearing, the counsel appearing for ByteDance filed an affidavit-in-response and submitted that it had undertaken certain steps to change the design and user-interface of its application ‘Helo’ and also tweaked its name on the Google Play Store, without prejudice to its rights. To which, the counsel appearing for ShareChat stated that its client still has certain grievances and would like to respond to the affidavit filed by ByteDance. The order can be viewed here.

The next hearing is scheduled on 5th December, 2018.

This legal battle does not come at a good time for BytenDance who has been aggressively spending to capture the fast-growing Indian social content market and is set to take on its biggest competitor ShareChat.

“We are not surprised by this case, which has happened at a time when Helo is getting more popular in India. We are certainly not deterred by the competition,” ByteDance said in a statement. “we are constantly improving Helo’s look and feel to better serve and engage our users. In particular, our algorithm is advanced and tailored to different languages, hence, catering to local communities. We are focused on being a responsible company, in compliance with the local laws and regulations,” the statement said.