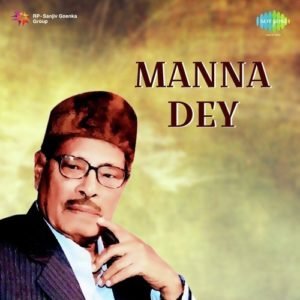 Recently the dispute between Shumita Deb (daughter of legendary musician Late Manna Dey) and Saregama reached the Supreme Court where the latter agreed to remove and not make any further use of the photographs and the name of Manna Dey on the cover of the subject CDs on a without prejudice basis. As covered in our post here, the Supreme Court has directed that Civil Suit pending before the City Civil Judge at Bangalore shall be decided as expeditiously as possible preferably not later than one year after the next date of hearing.

In my view this matter is of significant importance and should be watched out by the music industry as it deals with some issues in relation to cover versions and recreated versions of songs which have not been addressed before in any judicial precedent in India.

The premise of the dispute is as follows:

After the demise of Manna Dey in 2013, Saregama came out with a music album CD titled ‘Hoyto Tomari Jonno (May be only for you) as a tribute to Manna Dey containing 14 songs of Late Manna Dey sung by Smt. Swagatalakshmi. This cover version  CD contained the name and image of Manna Dey.

In 2017 Manna Dey’s daughter Shumita Deb (“Plaintiff”) filed a suit before the City Civil Judge, Bangalore against Saregama India Limited and Sony DAC Manufacturing (I) Pvt. Ltd. In her suit, the Plaintiff primarily had the following claims:

The Plaintiff accordingly (amongst other reliefs) prayed for injunction against the defendants from manufacturing and sale of the remixes, adaptations, cover versions and other infringements of copyrights and special rights of compositions and songs of Manna Dey over which she claimed to be the sole legal heir.

It would be pertinent to note that in the original suit filed before the City Civil Judge in Bangalore, the matter was not focused on Section 31 C of the Copyright Act (“Act”) which deals with statutory license for cover versions.

Saregama contended before the trial court that it is the owner of copyright and other rights over the songs contained in the impugned CD or the sound recordings or the literary works or musical works therein and there is no violation of copyright or moral right of Manna Dey as Saregama is the owner of the original plate of the songs. Further that Manna Dey during his life time had accepted the royalty amounts paid by Saregama. They also informed the court that out of the 14 songs mentioned by the Plaintiff, Manna Dey was neither a composer nor a lyricist in 12 songs and had no right to claim any ownership over the works of those songs and that he was only a singer of those songs. As regards remaining two songs in which Manna Dey was a music composer, Saregama claimed that all rights were assigned in its favour under the assignment agreements. Saregama also claimed that one of the clauses in these assignment agreements permitted it to use the artiste’s name or any assumed name on the record labels, record envelopes and other advertising materials. In its arguments before the trial court (recorded in paragraph 30 of the trial court order), Saregama contended that since the Plaintiff is not the owner of copyright in the musical and literary works incorporated in the impugned songs, no  notice in compliance with Section 31 C of the Act  was required to be sent to the Plaintiff at the time  of making of the impugned songs and that Saregama being the owner of the copyright in the said underlying works of which it made a cover version, did not require a statutory license under Section 31C of the Act as the said provision is only for third parties who wish to make a sound recording of the literary and musical works owned by another party.

Initially an ad-interim injunction was granted by the City Civil Court on October 10, 2017. However, by a subsequent order on June 25, 2018 the City Civil Court dismissed the interim applications seeking an order of temporary injunction and held that if the Plaintiff succeeded in the suit, the Defendant would have to compensate the loss of the Plaintiff that would be arrived at the time of disposal of the suit.

Thereafter an appeal was filed by the Plaintiff before the Karnataka High Court. In the appeal, amongst other grounds, the Plaintiff contended that the trial court had failed to appreciate the mandatory provisions pertaining to reproduction and  circulation of songs including cover songs stipulated in Section 31C of the Act and that the trial court had erred in observing that Saregama being the owner of the copyright in musical and literary works of which it had made a cover version did not require a statutory license under Section 31C of the Act and that the provision applied to third parties who wished to make a sound recording of the literary and musical works owned by another party. The Plaintiff claimed that the language of Section 31C does not distinguish between the owner and author of the songs and any other person desirous of making a cover version and therefore compliance under Section 31(C) is mandatory for every cover version.

Provided that such sound recordings shall not be sold or issued in any form of packaging or with any cover or label which is likely to mislead or confuse the public as to their identity, and in particular shall not contain the name or depict in any way any performer of an earlier sound recording of the same work or any cinematograph film in which such sound recording was incorporated and, further, shall state on the cover that it is a cover version made under this section.”]

However the High Court on December 13, 2018 dismissed the appeal in favour of Saregama and in relation to the Section 31 C claim, it held that the Plaintiff could not make use of that Section as she was not the owner of copyright.

This decision of the High Court was challenged before the Supreme Court where the main questions of law for consideration mentioned in the SLP were as follows:

“I. Whether the conditions specifically enumerated in Section 31C of the Copyright Act, 1957 in relation to statutory licenses for cover versions are mandatory in nature?

II.Whether a sound recording not made in accordance with the provisions of Section 31C of the Copyright Act, 1957 does not qualify to be a cover version and is thus not liable to be governed by the statutory license regime for cover versions?

III. Whether a sound recording made in respect of any literary, dramatic or musical work, which is not a legitimate cover version due to non-compliance with the mandatory conditions under Section 31C of the Copyright Act, 1957 would amount to infringement of the underlying literary, dramatic and musical work under Section 51 of the Act, if the same is made without due consent or license of the owners of the rights in the works, or if the same is made in contravention to the conditions of the license?

IV.Whether a sound recording made in respect of any literary, dramatic or musical work which is not a legitimate cover version due to non-compliance with the mandatory conditions under Section 31C of the Copyright Act, 1957 resulting in infringement of the exclusive rights of the owners of the underlying works, be liable to be restrained by way of injunction under Section 55 of the Copyright Act 1957?

V. Whether the use of late Shri Manna Dey’s photograph/ portrait/ image and his name, without his express consent or that of his legal heir, would amount to violation of late singer’s personality rights and have the likelihood to mislead or confuse the public as to the identity of the sound recordings?

VI.Whether in making a cover version in respect of any literary, dramatic or musical work, the person making such sound recordings can make any alteration in the work which has not been made by or with the consent of the owner of rights and which is not technically necessary for the purpose of making the new sound recording, and whether such alteration would amount to distortion of the work in terms of Section 57 of the Copyright Act, 1957 resulting in infringement of moral rights of the author of the literary or musical work?

As can be seen from the aforementioned questions raised in the SLP for consideration, the entire focus of the matter seems to have now shifted to Section 31C of the Copyright Act. The reason why this matter should be watched out by the music owners is:

(i) While the order passed by the Supreme Court does not contain any mention of Section 31C of the Copyright Act, this case has opened the issue of whether Section 31C applies to cover versions made by the entity owning the copyright in sound recording and underlying works or applies only in relation to a third party seeking a statutory license under Section 31C?

(ii) While several authors and singers like Shri Javed Akhtar, Smt. Lata Mangeshkar and others have voiced their concern against recreated versions, there was no case filed by them against the labels making such versions. This case opens up the issue of whether recreated versions or cover versions amount to distortion of the original works thereby resulting in violation of moral rights of the authors/ performers.

(iii) This case opens up the issue of violation of personality rights by use of name/ artwork containing images of the authors/ performers.

If these issues are decided in favour of the Plaintiff before the trial court, such a judicial precedent would have far reaching implications in the current practices being followed for recreated versions. For all those who have seen the older music agreements would know that most of these agreements were not iron clad when it came to issues such as right to make derivative works, right to use name, image, likeness of the artists, waiver of moral rights to the extent permissible in law, etc.  With the growing market for recreated and cover versions, it is important that there should be clarity on what can and cannot be done without requiring further consents from the artists of the original version.

Some interesting reads on related topics covered by us before can be seen here: