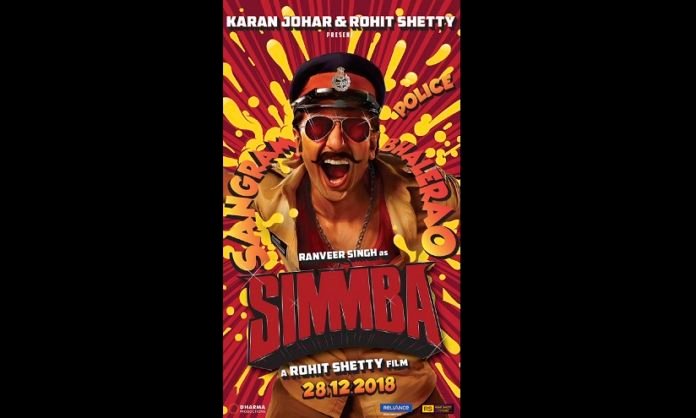 Justice Prathiba M. Singh vide Order dated November 2, 2018 has directed the Defendant to respond to the Plaintiff’s notice. The Defendant has also been directed to endeavour to work out an arrangement for addressing the use of the mark. In the event the parties fail to reach an agreement, the matter would be taken up by the Court on the next date of hearing which is December 4, 2018. The Ranveer Singh and Sara Ali Khan starrer SIMMBA is proposed to be released on December 28, 2018.

The Plaintiff has claimed that its registered mark is used for a wide variety of products including beers, mineral and aerated waters, and other non-alcoholic drinks, fruit drinks as also in the business of manufacture, distribution and sale of merchandise including apparels, playing cards, glasses, note pads, various other forms of accessories. The Plaintiff claimed that it has been using its mark, SIMBA since 2015. It also claimed that the Defendant failed to respond to its notice apprising the Defendant of the Plaintiff’s rights in the trademark SIMBA.

The order mentions that the Plaintiff’s mark ‘Simba’ is a registered mark. The Plaintiff’s mark seems to be registered in class 16.  However, in relation to the other classes relevant for the Plaintiff’s business such as class 30, 32, 33, the Plaintiff’s mark ‘Simba’ has been refused registration/ is in an objection stage. Further, in class 9 and 41 which deal with films and entertainment services, the Plaintiff does not seem to have obtained any registration. The mark Simba also seems to be registered in name of several other entities in different classes. For instance, in class 32 which deals with non-alcoholic beverages, Simba is registered in the name of Coca Cola Company. The word ‘Simba’ also means ‘Lion’ (Simba the Lion in Lion King). There is also no commonality in the target customers as well. It would have to be seen if a trademark infringement claim against the Defendant is upheld in this scenario where the Plaintiff has not received registration in the main classes in which it carries out business/ claims goodwill and reputation. If the matter does not get settled between the Parties, the Court may consider applying the trinity test of passing off action (goodwill, misrepresentation, damages).

Update: The matter has been settled between the parties and disposed of by the Delhi HC. Read order here.

In addition to Trademark License Agreement between the parties on December 10, 2018, the parties further filed their executed consent terms dated December 19, 2018. Additionally, the parties also agreed to incorporation of a disclaimer in the title slides film, Simmba to the effect that the ‘Simba’ trademark is owned by the Simba Brewery (Sona Beverages Pvt. Ltd. which has licensed Rohit Shetty Picturez LLP to use the trademark for the movie. Pursuant to this arrangement between the parties, vide Order dated December 19, 2018, Justice Prathiba M. Singh has disposed of the suit.

Other instances where trademark infringement/ passing off claims have been made in relation to films: