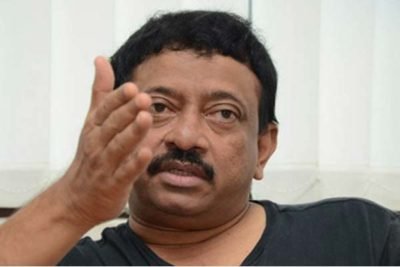 As per reports, the Cyber Crime police of Hyderabad recently questioned scriptwriter P Jaya Kumar with regards to the complaint that was lodged against him by Ram Gopal Varma who has directed the film ‘God, Sex and Truth’.

The complaint was filed by RGV’s representative Sravan. The complaint alleged that Kumar has stolen parts of God, Sex and Truth’s script. The police have not registered an official case against Kumar as of yet, however both Kumar and RGV have been questioned in the matter.

Previously, Kumar had accused the makers of God, Sex and Truth for plagiarising his script.

The film has been surrounded with controversies from its inception. Women’s rights groups in Visakhapatnam threatened to go on a three-day hunger strike in protest against RGV. Activists from Progressive Organisation of Women (POW), AIDWA and Mahila Samakhya had sought the arrest of the filmmaker over the short film. Recently, RGV announced that he was filing multiple cases against Telugu news channel TV9 for airing “distorted facts” and “spreading malicious and derogatory perceptions” as well as filing a case against BJP’s Tummalapalli Padma because of the way that she was talking about him in a news debate aired on one of the Telugu news channels.