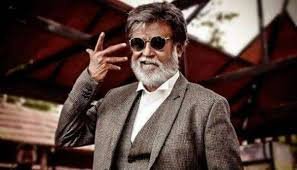 As per reports, actor Rajinikanth has approached the Madras high court seeking to quash a private complaint of defamation lodged by film financier Mukundchand Bothra against him before a city metropolitan magistrate court.

The film financier Mukundchand Bothra had approached the VII metropolitan magistrate court in George Town, seeking defamation proceedings against Rajnikanth who has now moved the Madras High Court to quash the complaint.

Mukundchand Bothra had claimed that Rajinikanth’s daughter’s father-in-law Kasthuri Raja had obtained a loan of Rs 40 lakh from him on January 2, 2012, and agreed to repay the same with interest, the actor said in his petition. The financier claimed that Kasthuri Raja later approached him on July 13, 2012, for a further loan of Rs 25 lakh for which he demanded surety. Bothra also alleged that Kasthuri Raja wrote a letter on the same day stating that even if he failed to pay the loan, Rajinikanth would pay it. As Kasthuri Raja failed to pay back the loan, the financier moved a criminal case against him which was eventually dismissed.

Subsequently, based on the alleged letter written by Kasthuri Raja, the financier moved the civil court against Rajinikanth to recover the loan. The actor filed an application claiming that the suit had been moved with an intention to extort money from him.

Bothra is now claiming that the allegation of Rajinikanth has brought disrepute to him, for which the financier has moved a private complaint of defamation which was taken cognizance of by the magistrate who in turn ordered summons to Rajinikanth.

Rajnikanth has thus filed the quashing petition against the Magistrate’s order.

As per reports, the Madras High Court on May 31 stayed the defamation proceedings filed against Rajinikanth. Justice N Sathishkumar granted the interim stay valid till June 25. The Judge directed Bothra to file his counter and adjourned the matter to June 25.