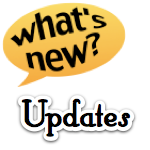 As per sources, the matter was part heard today and is listed tomorrow.

• Rajinikanth Defamation Case: Madras HC sets aside lower court order, allows case reopening- Film financier S Mukanchand Bothra had filed a defamation case against Rajinikanth for his alleged statement that he was attempting to extort money from him. The Madras High Court today set aside a lower court order paving the way for reopening a defamation case against Rajinikanth. Justice M V Muralidharan directed a magistrate’s court to dispense with the appearance of the actor, except on dates hearings are to be ordered by the lower court.

• MIB censors film on Kashmir, dropped from MIFF after being scheduled for screening– On January 29, 2018 a 16-minute documentary was scheduled to screen at the Mumbai International Film Festival (MIFF). Made by Shawn Sebastian and Fazil N.C., In the Shade of Fallen Chinar, centred on young artists in the Kashmir Valley, had been selected in the National Competition category of the festival. For a film to screen at an Indian film festival, it either needs a censor certificate (from the Central Board of Film Certification (CBFC)) or censor exemption. As per reports, the ministry had denied censor exemption to a film playing at a festival organised by the Films Division, a film production house under the aegis of the ministry itself.

• Facebook removes Bengaluru man’s critical post on ‘Padmaavat’ citing copyright infringment- As reported by The News Minute here, in a bizarre move, Facebook took down a post by environmental activitist Leo Saldhana who had criticised the film ‘Padmaavat’ on this post citing infringement of copyright of Viacom 18.

• Special screening of ‘Padmaavat’ held in Jodhpur today for four people including Rajasthan High Court judge- As per reports, a cinema hall in Jodhpur held a special screening of Padmaavat today for four people – Rajasthan High Court Justice Sandeep Mehta and three other staff members – who watched the movie to determine whether it “distorts facts” or “hurts the image of Rani Padmini”, as alleged in a FIR which was filed by Virendra Singh and Nagpal Singh.