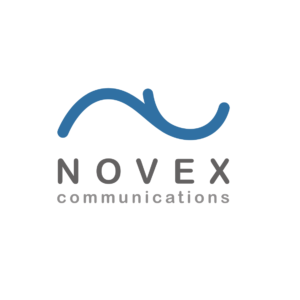 As per the press release issued by Novex Communications, it has announced its alliance with music label Tips Industries Limited for their sound recording rights. Under the Assignment Agreement, Tips has granted exclusive rights to Novex for all On-Ground Performance rights of Tips sound recording repertoire. The deal would be effective from April 1, 2018 and would cover pan India public performance rights to commercial establishments for accessing the vast repertoire of over 45,000 multi-genre songs.

Tips is the fifth music label to collaborate with Novex Communications. Novex currently holds the ‘On Ground Performance Rights’ of Zee Music, Shemaroo and Eros as an assignee of these rights and has been authorized by M/s. Yash Raj Films Private Limited as its authorized agent to exploit public performance rights’ in the “sound recordings” of the songs contained in the Films which are part of the repertoire of YRF in accordance with Section 30 of the Act. The copies of all such previous agreements are available on the website of Novex here.

Hotel chains are again faced with the dual licensing conundrum which I had explained in my post here.

In the matter of CISAC vs Aditya Pandey, the Supreme Court had upheld the Delhi High Court division bench order which had held that event organizers need not secure a separate license from lyricists and musicians for playing the song in public after it has paid for the broadcasting of the song to the sound recording company. The Court however clarified, that with effect from 21.06.2012, in view of sub-section (10) of Section 19, the assignment of the copyright in the work to make sound recording which does not form part of any cinematograph film, shall not affect the right of the author of the work to claim an equal share of royalties or/and consideration payable for utilization of such work in any form by the plaintiff/respondent.

As mentioned in my earlier post, this judgement has been analysed and interpreted in myriad ways. Hotel chains would obviously interpret the Aditya Pandey judgement in their favour to escape the dual licensing with Novex and IPRS, which interpretation (in my view) is absurd as it does not answer as to how would royalties be paid to the authors and assignees of underlying works under Section 18 and 19 of the Copyright Act. The Aditya Pandey judgement unfortunately does not clarify in express terms that the judgement does not apply to post 21.06.2012 deals. In my view, Section 18 and 19 need to be harmoniously read with Section 33 of the Act which implies one license to be taken from the owner of sound recording rights and the other from the copyright society of which the author and owners are members and to whom the right to receive royalty would have been assigned by the author.

However, in the absence of any judgement addressing the issue that separate licenses for underlying works are required post 2012 Amendments, the Aditya Pandey judgement will continue to be relied upon by the parties to suit their interest.

The challenges against Novex Communications before the Bombay High Court are still pending and would eventually decide the validity of the business model of Novex.