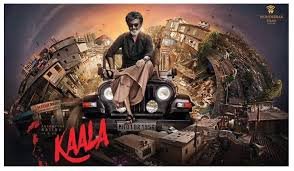 In the writ petition filed by producers of the film ‘Kaala’ viz. Wunderbar Films Pvt Ltd, K Dhanush and his wife Aishwarya before the Karnataka High Court seeking directions to the state government and Karnataka Film Chamber of Commerce (KFCC) for smooth release of the film, the Karnataka High Court on June 5, directed the State Government to initiate steps and measures to prevent any inconvenience to the movie goers and exhibition of the movie. [Read order here]

Sri. Dhyan Chinnappa, learned Senior counsel appearing on behalf of the petitioners, argued that the State is prohibited from banning the film in the light of the law laid down by the Hon’ble Supreme Court in the ‘Padmaavat’ case i.e. Viacom 18 Media Private Limited and others vs. Union of India and others and as held in a catena decisions wherein the Hon’ble Apex Court has laid down the law that once a motion picture is cleared for exhibition by the Central Board of Film Certification, the State does not have any authority nor any power in it by the statute to ban the exhibition of such a movie.

Per contra, learned AAG invited the attention of the Court to Section 15 of the Karnataka Cinemas (Regulation) Act, 1964 and admitted that there was no decision taken yet, by the State of Karnataka to ban the exhibition of the cinema. He also submitted that the law as laid down by the Apex Court binds one and all and proceeding further, he would draw the attention of the Court to the representation made by the petitioners and he would submit that the representation with regard to providing protection is vague and ambiguous and that if the details of the exhibitors are furnished, the State would definitely marshal its force to discharge its duty of upholding law and order.

The petitioners agreed to furnish the details of places of exhibition to enable respondent No.1-State and respondent Nos.3 and 4 to effectuate the orderly exhibition of the movie.