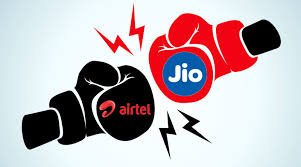 Reliance Jio moved the Delhi High Court against Bharti Airtel being aggrieved by the misleading advertisements published by Airtel across various media in which Airtel had allegedly proclaimed that it was offering “live and free” access to Twenty Twenty matches (T20) and the subscriber only needed to obtain a 4G sim from Airtel and download the Airtel TV app to obtain a virtual “season pass” i.e. live and free access to T20 coverage.

The Delhi High Court vide order dated April 13, 2018 [Read order here] directed Airtel to immediately modify its advertisements to add a disclaimer that the subscription of Hotstar shall only be free and that the data charges will be as per subscriber’s tariff plan.

Jio had alleged that the advertisements are deliberately deceptive, misrepresenting and misleading in their content since the subscriber wanting to watch T20 matches on his electronic device, will doubtless incur charges for data being consumed to download/ live stream the T20 cricket matches as per the data download charges/plan availed of by the subscriber, thus it not being free by any means. Jio further claimed that the deception and misrepresentation inherent in the advertisements was aimed at enticing and luring viewers to subscribe to the Airtel’s telecom service and give preference to Airtel over other telecom service providers in the market including Jio;

Jio alleged that the present edition of the IPL is estimated to have an approximate viewership of 700 million subscribers and the consequences of the advertisements would be wide ranging and impact a large number of unsuspecting subscribers as well as have an unfair and undue detrimental, adverse effect on other telecom service providers operating in India, including Jio; Jio further alleged that Airtel is the largest telecom service operator in India both in terms of subscriber base and revenue and is well entrenched player in the marker with the largest network in the country.

Jio also informed the Court that it was itself offering a “cricket season pack” wherein subscribers can pay a total of INR 251 and enjoy 102 GB of 4G data for a period of 51 days with a daily limit of 2GB. The package is deliberately offered to coincide with the 2018 IPL season.

The counsel appearing for Airtel argued that Jio is a jealous competitor and what was meant by ‘free subscription’ is free subscription of HOTSTAR network and the advertisement specifically provided if one intends to watch the game one has to use data as per the plan taken by him/her. However, the defendants agreed to include the disclaimer in their advertisement to clarify that the subscription of Hotstar shall only be free and that the data charges will be as per subscriber’s tariff plan.

Airtel has been pulled up by the Advertising Standards Council of India in the recent past too, notably for issuing misleading advertisements claiming it offered the fastest speeds based on a speed test campaign by Ookla and another advertisement that claimed it was the ‘fastest ever network’.