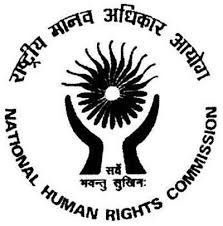 In a press release, the Commission quoted media reports and said the actress had questioned the State government and the Movie Artistes Association (MAA) on the absence of the Committee Against Sexual Harassment (CASH) due to which, she alleged, female actors could not represent or seek redressal of their grievances, if there was any sexual harassment at the work place.

The press release states “The Commission has observed that the contents of the media reports, if true, tantamount to inaction of the part of the State government. The Commission is of the opinion that the reported prohibitions imposed upon the actress, barring her to act in the films and stopping others to work with her are violation of her right to livelihood and live a life with dignity,”

Accordingly, it has issued notices to the Chief Secretary, Government of Telangana and the Secretary, Union Ministry of Information and Broadcasting, calling for a detailed report in the matter within four weeks. The State authorities are expected to intimate about the available/proposed mechanism to the deal with the subject.

Thus, the Commission observed, the issues raised by the actress demand action on part of the State government in the form of a committee to address and redress the grievances of the female actors and women employees, in case of any sexual harassment at the work place i.e. Telugu film industry, in this case.

The Sexual Harassment of Women at Work Place (Prevention, Prohibition and Redressal) Act, 2013 makes it mandatory for any organisation to have a committee to deal with complaints of sexual harassment at work place.