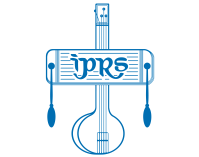 As reported by Economic Times, the Indian Performing Rights Society (IPRS) which is a registered copyright society of lyricists, music composers and music labels, has initiated the process of seeking royalties from Indian telecom companies and platforms such as Apple and YouTube for the use of their works, including songs and music made available for streaming and downloads.

IPRS which was formed in 1969, was granted registration under the Copyright Act and Copyright Rules in November 2017.

Mr. Rakesh Nigam, CEO of IPRS has stated that letters have been sent to all telecos asking them to obtain licence for the literary and musical works, sound recording and cinematographic film that IPRS owns as part of the value-added services that they offer.

The Cellular Operators’ Association of India, which represents all carriers, said it will meet with IPRS on February 20 to discuss the matter. Nigam said the seeking of licence agreements to pay royalties to owners of the original works is a valid demand. He said that while the society has not made any monetary demands, it has set royalty rates for 48 categories of music used in places including airports, amusement parks, clubs, factories and on-demand streaming services.

In the case of mobile value-added services, the royalty varies from 8% of the end-user price less taxes and/or the revenue generated by downloads with a minimum fee for ringtones and caller-back tones and the sale or download of songs in a digital format, to 12% for music streaming services on a yearly basis. Officials from some carriers, speaking on condition of anonymity, said the notices don’t hold much relevance because they get their music and other content through different ways, including aggregators such as Saregama and Hungama, platforms such as Hotstar and AltBalaji and from direct partnerships with original content creators, for instance, Netflix. In each case, some form of revenue-sharing or payment is involved. “Most of the aggregators say that they have been granted only one kind of right, which may be that of sound recording or cinematography, but not that of underlying literary and musical work,” said Nigam.

In my view, this is a step in the right direction. With IPRS obtaining its re-registration certificate, it is now a registered copyright society. Therefore, it is high time to bring in Section 33(1) new proviso into implementation as was intended by the Copyright Amendment Act, 2012.

Section 33(1) new proviso requires that the business of issuing or granting licence in respect of literary, dramatic, musical and artistic works incorporated in a cinematograph films or sound recordings shall be carried out only through a copyright society duly registered under the Copyright Act.