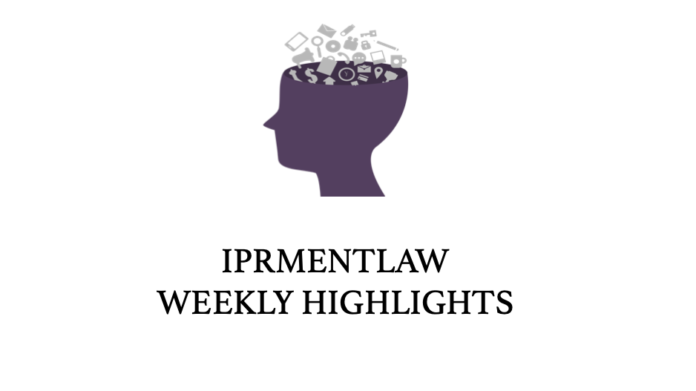 The Bombay High Court on March 29, 2019 issued a notice to the Election Commission of India seeking its reply to a PIL filed by Satish Gaikwad, national president of Republican Party of India, seeking a stay on the release of the biopic ‘PM Narendra Modi’.

The PIL states that the film which is set to release on April 5, 2019 violates the model code of conduct imposed by the Election Commission of India in a notification dated March 10, 2019.

The Petitioner has contended that he apprehends that the content of the film may influence the innocent voters of India to vote in favour of a particular candidate and which may disturb the execution of free and healthy election process.

In addition to seeking stay on the release of the film, the petitioner has further prayed that the trailer of the film be removes from all platforms.

The respondents include I&B Ministry, CBFC, State of Maharashtra, ECI, Vivek Oberoi, producers and director of the Film.

As per reports, the Andhra Pradesh High Court on March 28, 2019 stayed the release of controversial movie “Lakshmi’s NTR” till April 3. The order came a day before the release of the film. The court adjourned further hearing on petitions filed by two individuals till April 3. The producer was directed to arrange special screening of the movie in the judge’s chamber to enable him to take a final view in the presence of lawyers from both sides.

The petitioners sought direction to stop the release of the movie till the Assembly and Lok Sabha elections on April 11. The petitioner complained that the film has portrayed TDP President and Andhra Pradesh Chief Minister N Chandrababu Naidu in a negative light, which could influence voters.

The counsel for the producer, argued that the CBFC had already issued the censor certificate to the movie. He also brought to the notice of the judge that the Telangana High Court last week refused to stay the movie.

The film is based on Telugu Desam Party (TDP) founder and former Andhra Pradesh Chief Minister NT Rama Rao’s second marriage with Lakshmi Parvathi and subsequent developments. It was originally scheduled to release on March 22 but the CBFC refused to process it, citing the model code of conduct for elections. Ram Gopal Varma later announced that the film will be released on March 29 as the misunderstanding with the CBFC was cleared.

Earlier, a TDP worker had petitioned the Election Commission urging it to stop the release of “Lakshmi’s NTR” on the ground that this could impact the coming Lok Sabha and Assembly elections in Andhra Pradesh.

The bench headed by Justice Bobde held that there is no connection between the mediation proceeding and the release of the film and listed the plea for hearing after two weeks.

In the petition filed by Prince Yakub Habeebuddin Tucy, who claimed to be a descendant of Mughal emperor Bahadur Shah Zafar, seeking to stop the release of the same film, ‘Ram Ki Janmabhoomi’, the Delhi High Court vide order on March 28, 2019 held that people will have to be tolerant if the freedom of speech and expression guaranteed under the Constitution has to survive. The Court further observed that the petitioner is apprehensive as to the contents of the film but has had no opportunity to view the same. The Court thus directed Respondent No.3 to immediately arrange preview of the said movie for the petitioner. The court has permittd the petitioner to file a fresh plea in the event, the petitioner has any objection to any scenes, clearly specifying the dialogues/scenes or treatment of any subject, which the petitioner finds as objectionable. The petitioner thereafter appealed before the Supreme Court.

In an interim application filed in the matter of ISRA vs Ashok Singh & Ors before the Delhi High Court, ISRA sought compliance by the defendant no.7 ( Kings XI Punjab) of the order dated 8th April, 2016 by deposit of the requisite royalty before the Court in case the said IPL team intends to communicate to the public any of ISRA’s repertoire of songs comprising of performance of any of its members during the matches in the onging IPL season.

The counsel for the defendant no.7 informed the court that suits bearing CS(COMM) Nos. 886/2017, 888/2017 and 896/2017 involving the same legal question are part heard by Justice Jayant Nath. Justice Endlaw has directed for this suit to also be listed before Justice Jayant Nath on 25th April, 2019 when the other suits are stated to be listed. Read order here.

VPF was initially introduced to aid multiplexes be compliant with Digital Cinema Initiatives (DCI), a technology that helps reduce cost, curbs piracy and enhances the movie-viewing experience. To recover the cost of such an expensive technology, it was agreed that the multiplex chains would charge Rs. 20,000 per screen for each movie for five years starting from 2010. The multiplexes have continued to impose VPF for further three years even after the completion of the five-year period.

The Congress moved the Election Commission on March 25, 2019, to delay the release of Prime Minister Narendra Modi’s biopic. It was alleged by the Congress that it is a politically-motivated film targeted at getting more benefit for the BJP in the Lok Sabha polls.

A Congress delegation proceeded to the Election Commission with a representation requesting stalling of the film’s release just ahead of the polls. Kapil Sibal, who was part of the Congress delegation, alleged that three of the producers belonged to the BJP along with actor Vivek Oberoi.

The Congress has requested the EC to give a “reasoned order” as to why their representation is either accepted or rejected. The Delhi Chief Electoral Office felt that the film was allegedly violating the model code of conduct and is thus awaiting a reply from the makers of the biopic. On March 20, 2019, K Mahesh, East Delhi Returning Officer, suo motu issued notices to the production house and music company behind the film along with a couple of leading newspapers for publishing advertisements of the biopic.

Delhi Chief Electoral Officer Ranbir Singh has stated that the concerned parties must reply no later than March 30 and they will take action after examining it.

MS Dhoni, Former Indian cricket team captain, has moved the Supreme Court to claim Rs 40 crore from the Amrapali group for his services in branding and marketing activities.

Dhoni has been the brand ambassador of the Amrapali Group from 2009 to feature in its marketing and public relations activities till 2016. The former India captain had entered into an agreement with Amrapali Group in 2009 to promote the company as its brand ambassador. However, the star cricketer ended his contract in 2016 when thousands of homebuyers started a campaign against him for promoting Amrapali that duped them. In his plea, he stated that Amrapali group owes an amount in excess of Rs Rs 38.95 crore to him.

Members of the European Parliament (MEPs) voted in favor of the EU’s Copyright Directive by a majority of 348 votes for, 274 against and 36 abstentions. Consecutively, there were public protests in a number of European cities and an unprecedented multi-million dollar lobbying campaign from the tech sector and Google, which owns YouTube.

The European Parliament ruled against a number of last minute amendments from those MEPs who were unhappy with the final text, before MEPs could vote on the final bill.

Now that the legislation has been officially passed, all EU member countries will have two years to transpose the directive into national law, preceding which, member states will need to re-approve the Parliament’s decision on the EU Statute Book.