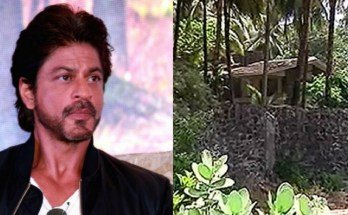 As per reports, the Income Tax Department has provisionally attached SRK’s bungalow in Alibaug by terming it benami property and filed a report before an adjudication authority to confirm the attachment.
Khan needs to file a reply before the authority within 90 days. The attachment notice was issued last month to Déjà Vu Farms under the Prohibition of Benami Property Transactions Act, 1988. As per the website of the Registrar of Companies, Deja Vu Farms Pvt Ltd was incorporated on December 29, 2004, with interests in crops, gardening and horticulture. Namita Chhiba, Ramesh Chhiba and Savita Chhiba are named as its directors.

While Maharashtra Tenancy and Agricultural Lands Act, 1948 does not allow transfer of agricultural lands to non-agriculturists without the permission of the collector or state government, Khan allegedly bought the land in Alibaug for agricultural purposes but built a farmhouse instead.

“The said transaction falls under the definition of “benami transaction as per the Section 2 (9) of the PBPT Act, where Deja Vu Farms has acted as benamidar for the ultimate benefits of SRK. Thus, the actor is a beneficiary for the said under the prescribed law,” said I-T investigation report submitted to adjudicating authority while seeking provisional attachment, according to the report.

The department also mentioned that unsecured loans were advanced by Shah Rukh for Deja Vu Farms and no income was shown by the company from farming activities.