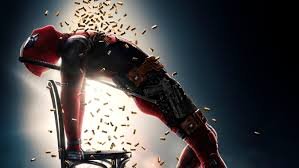 The Delhi High Court vide order dated May 16, 2018 granted a John Doe order for the film ‘Deadpool 2’ restraining certain piracy websites from making available for viewing the film in any manner. Certain internet service providers were also made parties to ensure compliance of the Court order.  Read order here.

The order was passed in a suit filed by Fox Star Studios India Pvt. Ltd against certain rogue websites, internet service providers and others. Fox Star Studios is the exclusive license of the media rights in relation to the film Deadpool 2 for the territory of India. The producer of the film was also made a formal defendant to the suit.

Right owners of films obtain John Doe orders as most ISPs and other parties do not heed to take down requests sent by them without a court order being produced. The Supreme Court in the landmark case of Shreya Singhal v/s Union of India had construed Section 79 of the Information Technology Act, 2000 (which deals with safe harbour provisions for intermediaries) in such a manner that removal of content online may only occur if an adjudicatory body issues an order compelling intermediaries to remove the content. The said decision shields intermediaries from liability unless they fail to comply with an order directing them to remove the illegal content, rather than merely a private party request.

However, the Delhi High Court in the case of Myspace Inc. Vs. Super Cassettes Industries Ltd, arising out of an appeal filed by MySpace related to contentions made against it for having ‘knowledge’ of copyright infringement and the grant of permanent injunction to broadcast works of Super Cassettes Industries Ltd by the Single Judge, had interpreted the Shreya Singhal judgement differently in relation to copyright infringement suit. The Court had held that for copyright infringement matters, it is sufficient if the intermediary receives specific knowledge of the infringing works in the format provided for in its website from the content owner without the necessity of a court order. The relevant extract is reproduced below:

“Section 79(3) of the IT Act specifies that when a person has actual knowledge or upon notification by the appropriate government or its authority fails to expeditiously remove or disable access to an unlawful content then the immunity granted under Section 79(1) is revoked. The knowledge contemplated under this section is actual knowledge. In Shreya Singhal (supra), Section 79(3) with Rule 3(4) of the Rules were read down to mean receipt of actual knowledge from a court order or on being notified by the appropriate government. However, this was in respect of restrictions under Article 19(2) of the Constitution of India. The Supreme Court was conscious of the fact that if millions of requests for take down are made, it would become difficult for intermediaries (such as Google) to identify legitimate requests. In the case of copyright laws it is sufficient that MySpace receives specific knowledge of the infringing works in the format provided for in its website from the content owner without the necessity of a court order.”

Thus, in copyright infringement cases, it is not mandatory for the aggrieved party to obtain a court order and a mere take down request as per the format provided by the website would suffice. However, given the fact that ISPs don’t adhere to take down notices, right owners are left with no choice but to obtain such John Doe orders.

A list of such John Doe orders can be viewed in the judgement section here.