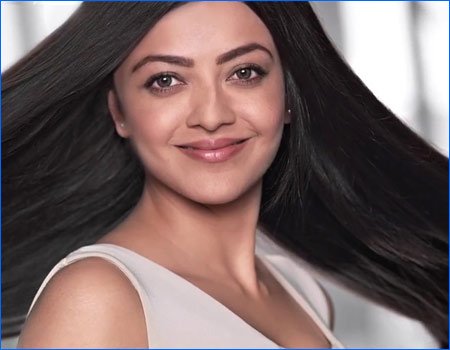 As per reports, the Madras High Court on June 25, dismissed an appeal filed by actress Kajal Agarwal against a single-judge order of the court, declaring a coconut oil manufacturing firm ‘VVD and Sons Private Limited’ as the copyright owner of an advertisement, in which she had acted for promoting its products. The division bench of Justices MM Sundresh and N Anand Venkatesh refused to restrain the brand from using a television commercial for more than a year from the date on which Kajal Agarwal signed the agreement in 2008.

Kajal Agarwal’s plea was that she had entered into a one-year endorsement agreement with the brand for promoting VVD’s products. According to her, the ad-film should have been used only for one year i.e. from 2008 to 2009. However, violating the agreement she alleged that VVD has been using the ad-film, using her profile for promoting its product. She had claimed that this resulted in opportunity loss for her as she lost out on several contracts with other companies. The actress had sought for damages to the tune of INR 2.5 crores.

Denying her claim, VVD submitted that it holds the copyright over the ad film and that Kajal has no manner of right over the same since she has been paid the sum of Rs 3 lakh demanded by her for acting in the said ad-film.

After analysing all the materials and the submissions of the parties, the Court was of the view that once the copyright had been vested with VVD, the same would operate as per law with all the statutory rights conferred under the Copyright Act. As per reports, the Judge has been quoted to say “A person, who thus becomes the first owner of the copyright for his entire work, has been conferred with a statutory right for a period of 60 years over the cinematograph of the film. This statutory right cannot be taken away by a performer in the cinematograph film by virtue of an agreement.”

The Court observed that VVD had not exploited the commitment and violated the conditions in advertising their products with the appearance of Kajal’s profile, so as to cause prejudice to her. Therefore, she was not entitled to damages for the so-called misuse and violation of the contract by VVD. The Court thus held that as a first owner of copyright, VVD is entitled to exploit the work by virtue of section 14(i)(d)(iii) of the Copyright Act for the entire term prescribed under section 26 of the Copyright Act and is not restricted for a period of one year by the agreement.

The Court further noted that to use the above proviso against VVD, there must be an agreement contrary to the effect that the parties themselves agreed that the producer will not have the copyright, in spite of producing the film. The court added that Agarwal had agreed that VVD would have the copyright over the cinematograph film and the entire promotional material. Therefore, there was no agreement to the contrary taking away the copyright of VVD, adding that it did not find any ground to interfere with the findings of the single judge.

[The order copy is not yet uploaded on the High Court website.]