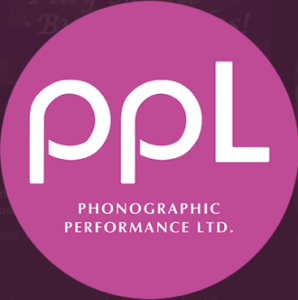 Phonographic Performance Limited (PPL) (petitioner) is a collective rights organization licensing its members’ sound recordings for communication to public in the areas of public performance and radio broadcast. PPL owns and/or controls the Public Performance rights of some of the largest record labels including Sony Music Entertainment, Speed Records, T-Series, Universal Music, Times Music. In an order dated 25.05.2021, passed by the Government, PPL’s application for re-registration as a copyright society under Rule 47 of the Copyright Rules, 2013 was rejected. Rule 47 of the Copyright Rules, 2013 deals with Application and conditions for re-registration or renewal of existing copyright societies.

Facts of the Case:

The Delhi High Court was of the view that since the petitioner’s communication dated 20.05.2014 was expressly rejected by the respondent, and the subsequent correspondence between the parties treated the petitioner’s application as a live application, therefore, an ad interim order was passed, and the petitioner’s application was directed to be considered on its own merits. The Hon’ble Court further clarified that if PPL finally succeeds in the present matter, its application for re-registration would stand revived. Further, the Hon’ble Court also directed the Government to keep the aforesaid in mind and till the pendency of this petition not to take any action inconsistent to the above-mentioned position.

PPL further sought an interim order directing the respondent not to process any other application for registration as a copyright society in respect of sound recordings, being the works in which the petitioner’s members are right holders. The court relied on Section 33(3) of the Act and Rule 49 of the Rules, which provide that an application for registration may be rejected inter alia on the ground of existence of another copyright society registered under the Act for administering the same right or set of rights in the specific categories of works and clarified that the respondent shall not take any action inconsistent with the present position during its pendency. However, the Court was of the view that an order restraining the respondent from processing any other application would not be appropriate at this stage, particularly as no other applicant is even a party before this Court.

“Pursuant to the 2012 Amendment to the Copyright Act with effect from June 21, 2012, more specifically in Chapter VII and the newly inserted second proviso to Section 33 (3A) read with the new Copyright Rules 2013, seeking Copyright Societies to re-register, the Company, had within the one year period available to apply for re-registration, applied for the same on May 09, 2013. Since the Company did not get any response from the Central Government and in view of the legal implication arising therefrom, the Company, vide its letter to the Central Government dated May 20, 2014 has, inter alia, withdrawn its application for re-registration and has declared to have ceased to be a ‘copyright society’ under Chapter VII and Section 33 of the Copyright Act, as amended.

The Central Government (Ministry of Human Resource Development) in its letter dated November 20, 2014 stated that the Company’s application for registration, dated May 09, 2013, is still under consideration and hence the Company cannot take a decision not to continue as Copyright Society.

In terms of Section 18 (2) of the Copyright Act, where the assignee of a copyright becomes entitled to any right comprised in the copyright, the assignee with respect to the rights so assigned, shall be treated for the purposes of this Act as the owner of copyright and the provisions of this Copyright Act shall have effect accordingly. On the strength of the provisions of Section 18 (2), the Company, backed by a written legal opinion, believes that the ownership by assignment will be exempt from the provisions of Section 33 (1) and had completed procedures to obtain such assignment of the copyrights by the members to the Company and continues to engage in the business of issuing/granting licences.

As per the Board Meeting held on November 21, 2017, it was resolved that subject to the approval of the members of the Company, the Company should pursue its application for re-registration as a copyright society with the Central Government under Section 33 of the Copyright Society Act, for sound recording and, to this end, also review its existing Articles of Association under guidance from experts or advisers. Subsequently the Company has changed its Articles of Association with the approval of its members”.

Read our posts on this topic here, here,  here and here.

As covered in our post here, the Copyright Office had issued a public notice on May 22, 2018 inviting attention of general public and stakeholders to the fact that Recorded Music Performance Limited (RMPL) has vide their application dated March 26, 2018 applied through the Registrar of Copyrights, before the Central Government for its registration as a copyright society under Section 33 of the Copyright Act, 1957 in respect of Sound Recording Works.

There have been several applications filed for registration of different copyright societies, status of which is yet not known. For instance, Cinefil Producers Performance Limited had also filed its application in 2018 (see our post here). In November, 2020, the Government had called for comments on registration of Screenwriters Rights Association of India (see our post here) to an application filed by SRAI in 2017.

As covered in our post here, Rule 49 of the Copyright Rules, 2013 require that when an application   for registration   is submitted to the Central Government through the Registrar of Copyrights, Government may, within a period of sixty days from the date of its receipt by the Registrar of Copyrights either register the applicant as a copyright society or, if- (i)  the applicant   has no professional   competence   to carry on    its business   or has no sufficient funds to manage its affairs; or (ii)  there exists another copyright   society registered   under the Act for administering the same right or set of rights in the specific   categories   of works   and it is well functioning; or (iii)  the Central Government   has reason to believe that the members   of the applicant are not bona fide copyright authors or other owners or they have not voluntarily signed the instrument setting up the applicant and the application   for registration; or (iv) the application   is found to be incomplete in any respect, reject the application

Provided that no such application shall be rejected without giving an opportunity of being heard to the applicant…..”

Whether the 60 day period mentioned in Rule 49 has any significance is yet to be tested. Regardless, there ought to be more transparency in providing updates on the status of the registrations of different societies and the reason behind their rejection.

(CORRECTION: We have changed the heading of the post due to lack of clarity on grant of ad-interim stay in the order. We will update the post on receiving further information)