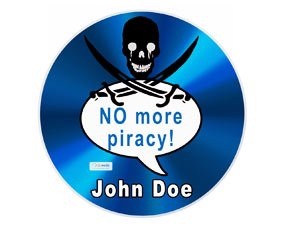 The Madras High Court vide order dated January 24, 2018 [read orders here and here] granted a John Doe order to Viacom 18 thereby restraining the respondent internet service providers or any other person or entity from infringing copyright in the film ‘Padmaavat’ in any manner so as to prevent transmission, communication, display and exhibition of the said movie. The Court further held that if blocking of websites/ web pages set out by the Petitioner in the schedule becomes necessary, then the respondents should do so. The interim injunction is to operate for a period of three weeks up to Feb 15, 2018.

During the arguments, the Plaintiff also placed reliance of the Delhi High Court judgement in the matter of Department of Electronics & Information Technology v/s Star India Private Limited [Read judgement here], wherein in a review petition, the division bench had upheld the single bench order directing that the entire website of the defendants be blocked and not just the specific URL of the rogue websites.

John Doe suits are mostly quia timet actions filed as a representative action, under Order I, Rule 8 of the Code of Civil Procedure, 1908. Few ISP’s are impleaded as formal defendants to represent the group of internet service providers in general. Complete identity of interest amongst these defendants and the general body of persons whom they represent and/or are said to represent is shown. John Doe orders enable the order to be served upon persons whose identity is unknown to the plaintiff at the time the action was commenced, but whose activity falls within the scope of the action. There have been several cases in which Indian courts have granted John Doe orders for films to prevent piracy. A list of such orders can be viewed in the judgement section.