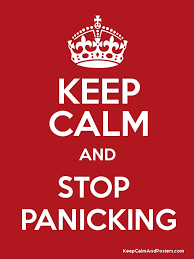 In my post here, I had explained that the Repeal and Amending (Second) Act, 2017 that the object of Repealing and Amending Acts is not to bring in any change in law but to remove enactments which have become unnecessary. It has no legislative effect. It is merely an editorial revision intended to remove dead matter from the statute book and to reduce its volume.

My attention has been brought to the clarification which was issued by the Ministry of Law & Justice on May 16, 2016 which iterates the exact same understanding. Read clarification here .

“2. The Repealing and Amending Act is one of the periodical measures by which enactments which have ceased to be in force or have become obsolete, are repealed or as the case may be, amended to remove any formal defects in any such enactment which comes to notice during its administration.

3.In this connection attention is drawn to Section 6A of the General Clause Act, 1897 which reads as “6A. Repeal of Act making textual amendment in Act or Regulation

I hope this clarification puts all second interpretations to rest and clears the panic caused in the media industry.