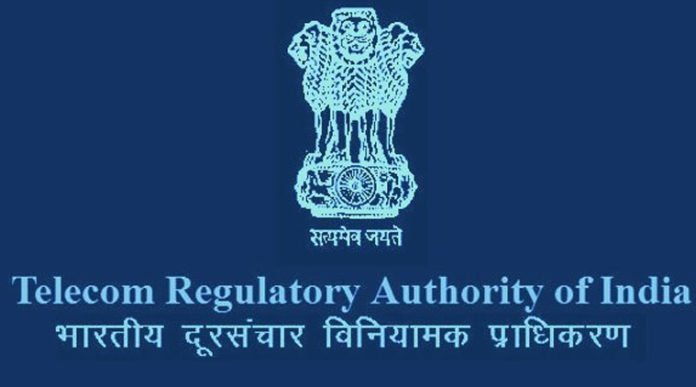 The press release issued by TRAI states that, in industry parlance, the landing channel or the landing page refers to the Logical Channel Number (LCN) which is displayed first when the Set Top Box (STB) is switched on. As per the practice, this channel is available for display on all the STBs connected to the network of a distributor. Such channels may be available to all customers irrespective of the choice and whether it is Pay or Free to Air channel.

TRAI has received large number of complaints inter-alia alleging that some distributors, in collusion with broadcasters, are placing television channels on landing page to influence television ratings. It is argued that channel available at landing page is not normal choice of customer. Therefore, such channels may not be allowed for influencing TRP ratings.

The Press Release further states that the Authority issued a direction dated 8th November, 2017 wherein all the broadcasters and distributors of television channels were directed to restrain from placing any registered satellite television channel, whose TV rating is released by TV rating agency, on the landing LCN or landing channel or boot up screen. The said direction was challenged by some stakeholders in the Hon’ble Telecom Disputes Settlement and Appellate Tribunal (TDSA T). As per interim orders, the direction is not operative. As the primary ground of the said dispute was transparency, the Authority conveyed its decision to re-consider the issue to Hon’ble TDSA T which was agreed to. Accordingly, this consultation paper is being issued.

The consultation paper, with the aim to protect the interest of the consumers, to ensure fair growth of the sector, and to ensure unbiased TRP ratings raises various issues related to placement of television channels on landing page while providing an opportunity to all the stakeholders to deliberate on the issues and to provide comments and suggestions thereof.

The Consultation Paper details as to how the landing channel or landing page affects the TRP ratings. The Broadcast Audience Research Council (BARC) is the registered agency under the ‘Policy Guidelines for Television Rating Agencies in India’ issued by the I&B Ministry on January 16, 2014. BARC provides the Television Rating Point (TRP) for programs and channels in India.

Under this methodology, a unique watermarked code is embedded in the audio component of the channel. This code consists of the Channel ID & the time stamp. BAR-O-Meters installed at panel household’s premises captures the watermark of the TV channel when such channel is being viewed by the panel household. The audience measurement is carried out through panel homes which are drawn from the pool of households selected through an establishment survey.

The key issue behind TRAI issuing this consultation paper seems to be due to the landing channel/ landing page affecting the TRP ratings. As per the audience measurement of BARC, viewing of a TV channel is calculated on the clock minute basis. Further, a channel with a maximum viewing duration in a clock minute gets the entire viewing attribute for that minute. If a channel is placed at a landing page, whenever customer switches ON the STB, it displays the landing page containing the channel first for a predefined duration. The predefined duration is generally configurable and during this period remote does not allow subscriber to flip channels. This time-period attains criticality and may influence television rating. It may happen multiple times as and when customer switches ON the STB in a day. After the STB is switched ON, landing channel continues to run on background, customer browses the menu options which consumes some time. It is also argued by TRAI that in rural and remote places where electric supply is erratic, TV may get switched on when no one is there and landing page continues as if it is being watched. This may project false results for channel rating, as such TV rating marking is not on the basis of choice of consumer. If a landing channel is a water marked channel, the channel is measured as viewed, even though the customer may not be watching that channel at all or may be working on other menu options at the start. Further there is a very high probability that the customer is not viewing such channel as her/his natural preference. Such additional and non-genuine viewership may give the channel an upper hand in the rating recorded by the audience measurement. Therefore, placing the channels on landing page may be a powerful tool in influencing and artificially inflating the ratings of a TV channel. This practice may lead to sudden hike in television rating in a very short span of time and distort well established Eco-system.

The Consultation paper also provides for the counter view i.e. the television channel at landing page may not be viewed by the customer, if it is not to his taste, therefore may move to desired channel of her/his own choice. Therefore, the landing page may not impact significantly. Landing page may be used as a promotional tool for new channels so that a customer can experience the quality of new launched programme/content or channel so that customer can take an informed decision of subscribing such channel. Another view could be the TV channel at landing page may be seen as one additional channel or program available to customer, beyond his choice of channels. Customer may watch if he/ she likes, else it may be ignored. Counter view could be that the unwanted channel at landing channel may bring annoyance to customer as it may not be as per his taste, every time STB is switched ON it starts with such channel.

Key issues: The key issues for consultation have been outlined as under:

It would be important for TRAI to balance the need of entities to carry on free trade, ensure that TRP’s are not influenced by landing pages and keep consumer interest in mind too.