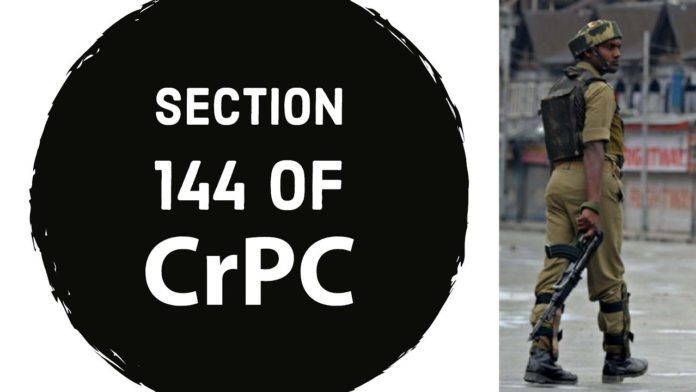 As per reports, Section 144 CrPC (which deals with power to issue order in urgent cases of nuisance or apprehended danger) has been imposed in Gurgaon (Haryana) and Gautam Budh Nagar (NCR) to keep an eye on any untoward incidents in light of the ongoing protest by several organizations against release of ‘Padmaavat’.

Gurgaon District Magistrate Vinay Pratap Singh, in a statement, said, “Direction under section 144 is necessary to impose restrictions on the presence of persons carrying firearms and other articles capable of causing injury, raising slogans and exhibiting placards within 200-metre radius of cinema halls/multiplexes under Section 144.”

“Order to continue being in effect till January 28,” he said.

If any person is found guilty of violating the order, he will be liable to be punished under Section 188 of the Indian Penal Code (IPC), Singh said.

Gautam Budh Nagar’s District Magistrate BN Singh said, “Section 144 will be implemented for the next 2 months in the district. This is a precautionary measure taken to maintain law and order.”

Padmaavat’s troubles just don’t seem to end. Amidst the legal battles, now people from Padmaavat poet  Muhammad Jayasi’s village have demanded a profit share from the movie’s earnings. As per reports, the people from the village in Amethi, Uttar Pradesh demanded a share from the movie’s earnings so that the works related to the restoration of the birthplace and research institute of the poet can be carried out.