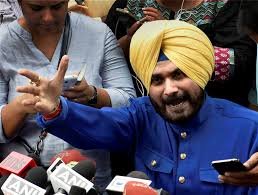 As per reports, the Punjab Government has announced to set-up a cultural commission known as ‘Punjab Sabhyacharak Commission’ to check vulgarity in Punjabi songs.

Navjot Singh Sidhu announced that ‘Punjab Culture Commission’ would be formed amid the escalating concerns about rising vulgarity in the Punjabi music scenario and would tackle the menace of vulgarity by working zealously towards its complete eradication.

The committee is also tasked to identify instances of glorification of drug abuse, violence and depiction of any obscene elements in the songs broadcasted in the state.

Sidhu further said that this commission would be authorized by the Punjab Government and would make recommendations to take stringent action as per the provisions enshrined in the law against those singers or artists polluting the cultural scene of the state through vulgar, double meaning or violence inciting songs.

He further elaborated that if needed the commission would also be empowered to issue show cause notices to those singers singing vulgar songs or those glorifying violence, then call them for counseling and still if they don’t desist then as a last resort the option of getting an FIR registered against the singer would also be open to the commission. He further said that the Section 290, Section 294 of the IPC and the Section 67 and 67 A of the Information Technology Act, 2000 have relevant provisions to take action in this regard.

Sidhu said that renowned Punjabi writer and Punjab Arts Council Chairman Surjit Patar will finalise the members of this commission which will be nominated in the due course and it will start functioning after two weeks.

It would be interesting to see as to how the Punjab Tourism and Cultural Affairs Ministry would have the legislative competence to censor broadcast of content such as songs which seems to be the prerogative of the I&B Ministry.